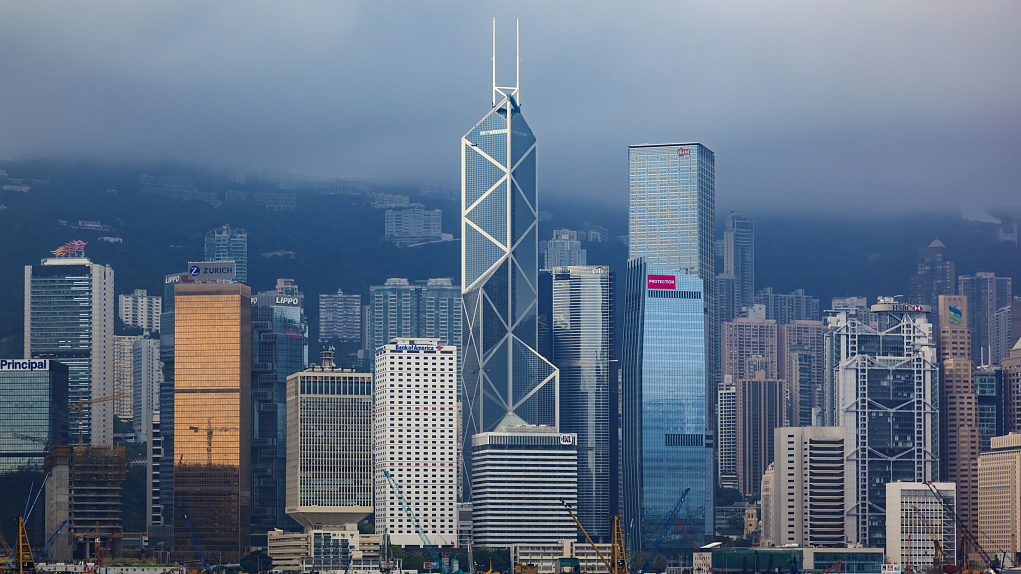 HONG KONG, Feb. 26 (Xinhua) -- Financial Secretary of the Hong Kong Special Administrative Region (HKSAR) government predicted that the local economy will grow by a range between minus 1.5 percent and plus 0.5 percent in 2020.

"Hong Kong's economy is facing enormous challenges this year. The outlook is far from promising in the near term," Paul Chan said when delivering the annual budget for the Legislative Council on Wednesday.

Chan said the rapid spread of the novel coronavirus has dealt a severe blow to economic activities and sentiment in Hong Kong. "The tourism- and consumption-related sectors, already hard hit by the social unrest, are suffering from a more serious setback and entering a 'harsh winter.'"

The impact of the epidemic on the economy can possibly be greater than that of the SARS outbreak in 2003 in the near term, Chan said, stressing that the labor market faces significant pressure.

In the face of the situation, Chan promised to implement counter-cyclical measures worth over 120 billion Hong Kong dollars (about 15 billion U.S. dollars).

"Although a record high deficit is envisaged in next year's budget, I believe that only with such a budget can we help our community and local enterprises ride out their difficulties," Chan said.

However, Chan still pointed out that Hong Kong's economic fundamentals remain solid and the core competitiveness will not be shaken. "The economy of Hong Kong should be able to recover once the epidemic is over."

Chan believed the economy will achieve average annual growth of 2.8 percent in the next four years starting 2021.

Suffering from a lackluster global trade and local violent incidents, Hong Kong's economy entered a recession in the third quarter of 2019 and contracted 1.2 percent for the year as a whole, the first annual decline since 2009.

Violence-hit exports of travel services saw the largest annual decline on record last year. The jobless rate of the retail, accommodation and food services sectors as a whole rose to a three-year high, and that of the food and beverage services sector even spiked to the highest in eight years.