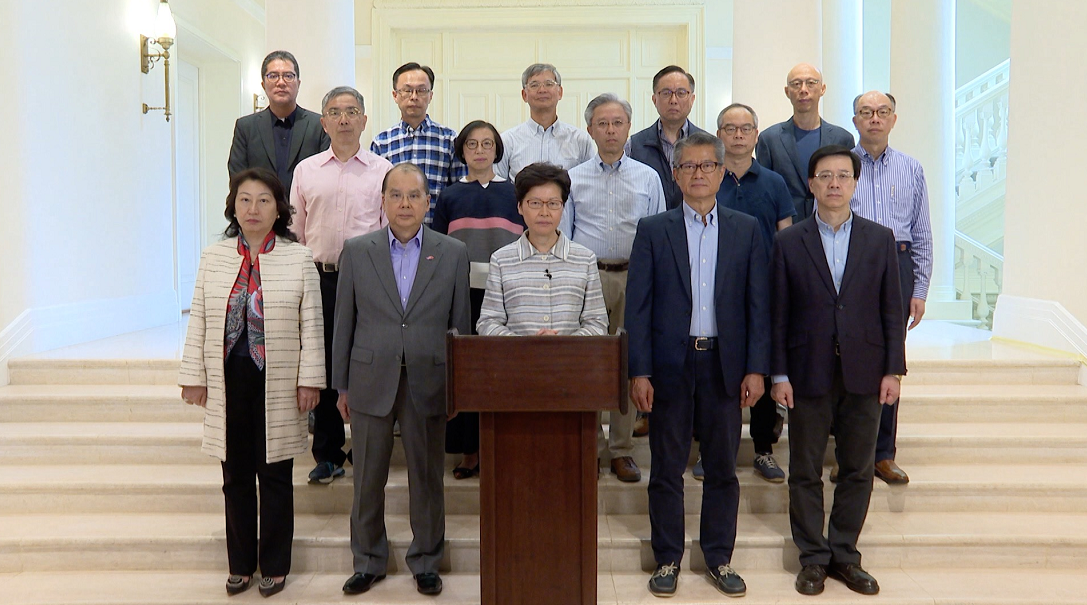 HONG KONG -- Hong Kong groups including the Hong Kong Chinese Enterprises Association and the Hong Kong Federation of Trade Unions (HKFTU) which were attacked by rioters on Friday night have spoken out against the violence committed by rioters.

They also voiced strong support for the measures taken by the government of China's Hong Kong Special Administrative Region (HKSAR) to restore order.

Many banks, stores and businesses with Chinese mainland background or considered patriotic were targeted by rioters as they went on rampage in several parts of Hong Kong on Friday night.

In a statement, the association expressed its strongest condemnation against the "flagrant crimes" that seriously undermined social order, disrupted the operation of enterprises and inflicted great damage to the business environment.

It called on the Hong Kong police and the HKSAR government to strictly enforce the law and bring the rioters to justice.

The Hong Kong Federation of Trade Unions, Hong Kong's largest labor organization, said its many service centers were attacked by rioters, who scrawled the walls, smashed the gates and broke window glasses.

The HKFTU said some centers sustained damage so severe that their service might be suspended for days.

It said the attacks were crimes against laborers and community members in Hong Kong as the service centers provide medical, welfare and other community services to its members and the general public.

Noting that the violence only made it firmer in its patriotic resolution, it urged the HKSAR government to come up with effective measures to combat violence and the police to bring rioters to justice.