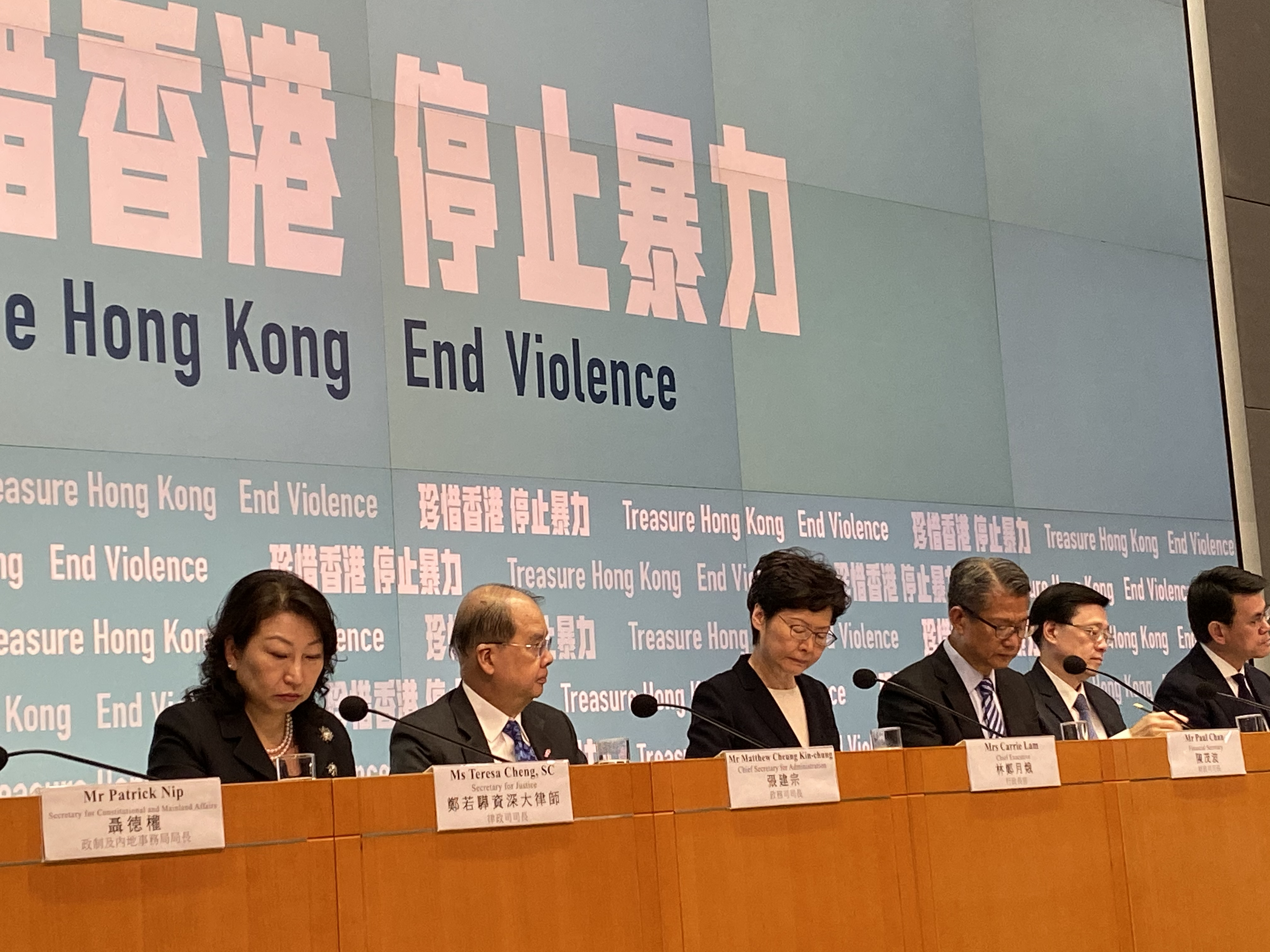 The Hong Kong government established an anti-mask law on Friday in the latest drive to end the prolonged violence.

Carrie Lam told a press conference that the government has invoked the power under the Emergency Regulations Ordinance and passed the Prohibition on Face Covering Regulation to "create a deterrent effect against masked, violent protesters and rioters."

The law was supposed to come into effect at midnight on Friday. Offenders will be liable to a maximum fine of 25,000 dollars and imprisonment for a year.

Meanwhile, the violence continued. Violent protests have spread to 14 districts in Hong Kong after Friday afternoon.

The police have warned the protesters to leave and stop their illegal acts immediately. "We hope that all sectors of society will work together and not condone any acts of violence, and restore social order," police said in a midnight briefing.