HONG KONG, Dec. 4 (Xinhua) -- The relationship between the Constitution and national security and its significance to maintaining national sovereignty, security and development interests were enthusiastically discussed at a symposium in the Hong Kong Special Administrative Region (HKSAR) on Friday. 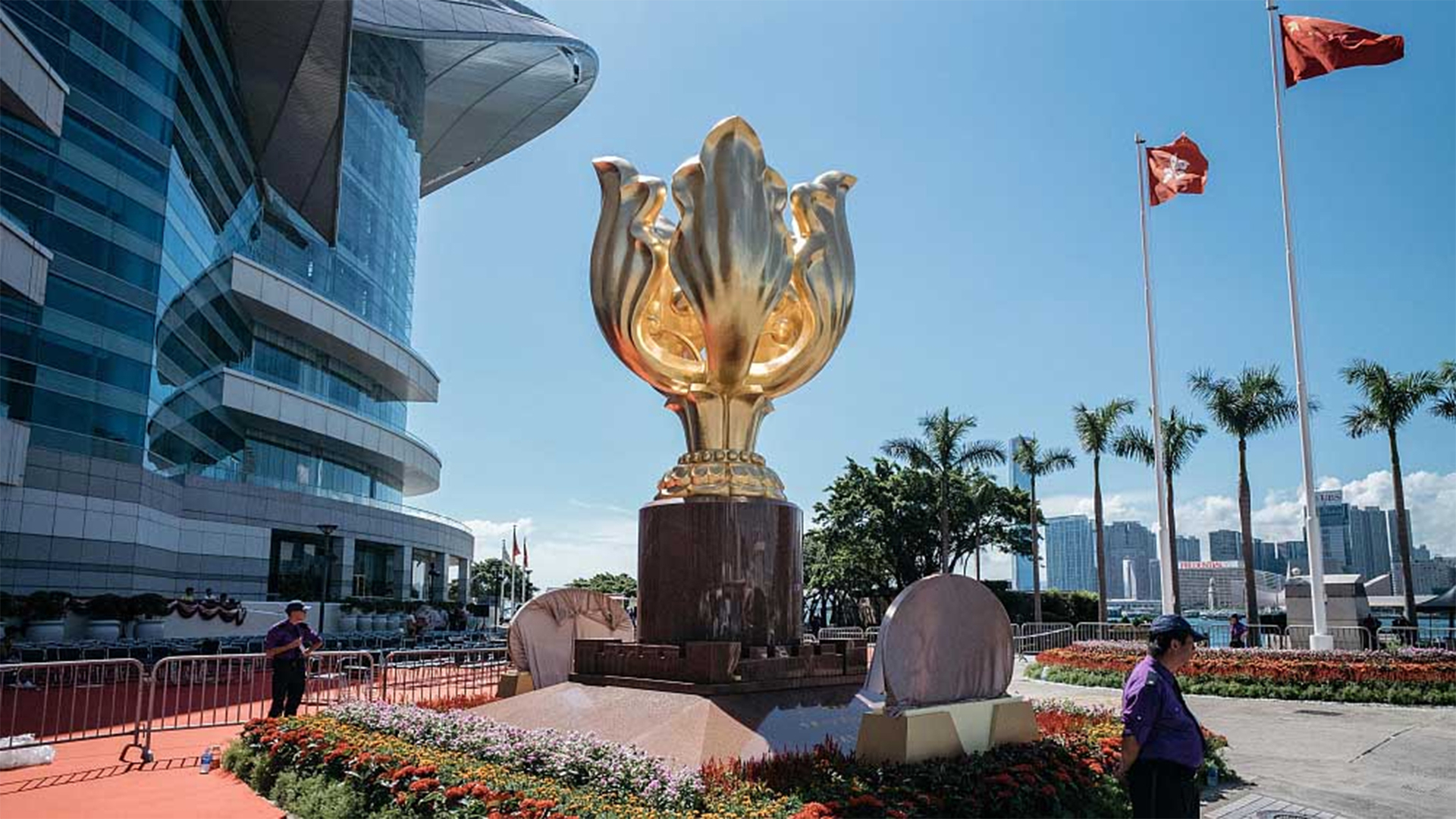 The symposium, the fourth of its kind held in Hong Kong to mark the seventh national Constitution Day, was organized by the HKSAR government via video link due to the COVID-19 epidemic and attended by officials and experts from both Hong Kong and the mainland.

She pointed out that safeguarding national sovereignty, security and development interests is the fundamental purpose of the Constitution and the bottom line of "one country, two systems". National security has always been the responsibility of the central authorities, which is also an international practice.

The HKSAR, as an inseparable part of the country, has a clear responsibility to safeguard national security, she said, stressing that while promoting the understanding of the Constitution and the Basic Law, publicity and education on the national security law in Hong Kong must also be strengthened.

Luo Huining, director of the Liaison Office of the Central People's Government in the HKSAR, said since Hong Kong's return to the motherland, the Constitution and the Hong Kong Basic Law have been effectively implemented and "one country, two systems" has also made enormous achievements.

Only by recognizing and respecting Hong Kong's constitutional foundation formed by the Constitution and the Basic Law, can Hong Kong resolve the new problems and challenges emerging over the past years, Luo said.

The national security law in the HKSAR has been effective over the past months and Hong Kong has entered a crucial period of returning from chaos to peace, Luo said.

Luo also noted that many articles of the national security law in Hong Kong still need to be translated into a comprehensive mechanism, become a code of conduct for the general public, and be genuinely implemented by the executive, law enforcing and judicial organs of the HKSAR.

The decision of the Standing Committee of the National People's Congress set clearly the long-term norms on the qualification of HKSAR Legislative Council members, help build the public officers' recognition of the county, and show the supreme authority of the Constitution in the HKSAR, Luo said.

The HKSAR government also put forward some suggestions to schools on marking the day, such as using the online class time to explain the origin and important contents of the Constitution to students, and encouraging students to participate in the online quiz at home and watching the symposium, in a bid to enhance their national concept.