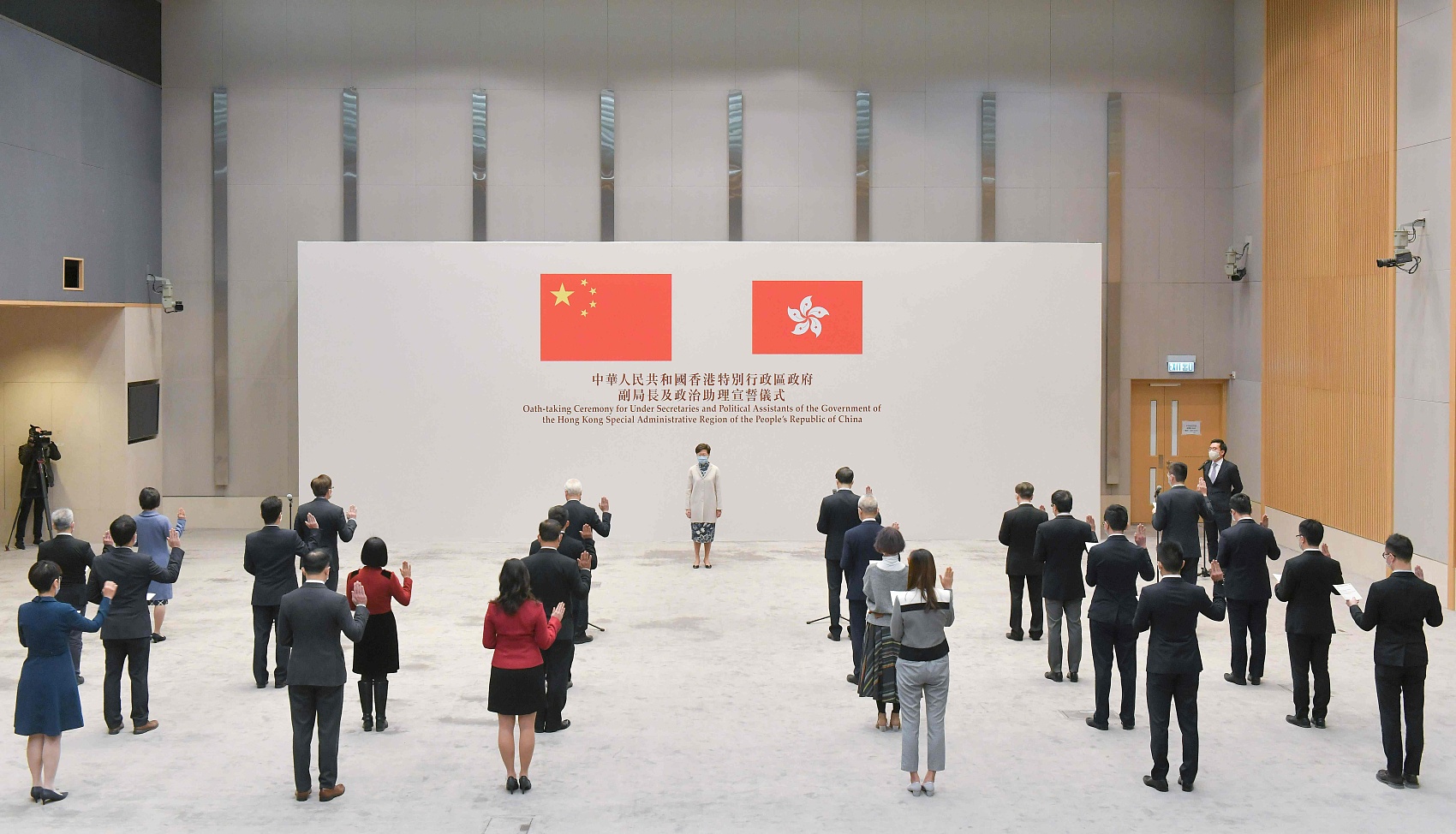 HONG KONG, May 20 (Xinhua) -- A law that requires Hong Kong's public officers to take an oath to uphold the Basic Law and bear allegiance to the Hong Kong Special Administrative Region (HKSAR) will be published and take effect on Friday.

The related bill was introduced into the Legislative Council for the first and second reading on March 17 and was passed by lawmakers on May 12.

It also standardizes the arrangement of oath administrators, enhances the mechanism to deal with breach of oaths, and introduces restrictions on participation in public elections for related situations.

Lam said upholding the Basic Law and bearing allegiance to the HKSAR is the legal requirement and the precondition for public officers and is also the fundamental obligation and responsibility of people standing for election or taking up public office.

"It (the ordinance) stipulates very clearly for the first time the legal requirements for oath-taking of public officers, marking an important step for safeguarding the 'patriots administering Hong Kong' principle," she said.

The oath-taking requirements are in line with Article 104 of the Basic Law, the interpretation of the article by the Standing Committee of the National People's Congress in 2016, and the national security law in the HKSAR.