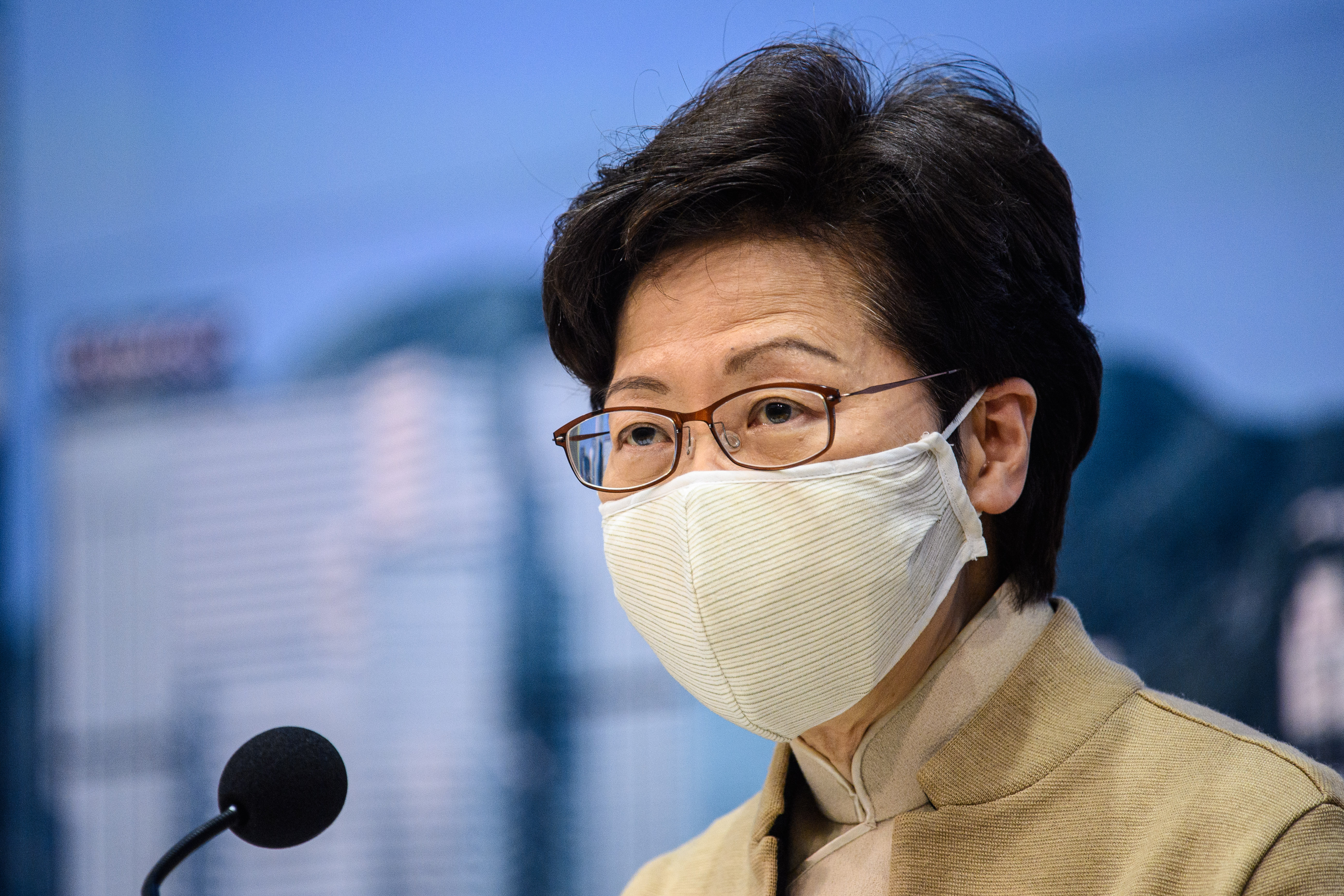 Chief Executive Carrie Lam speaks during a press conference at the government headquarters in Hong Kong on November 11, 2020. (Photo: AFP)

In the past year, Shenzhen and Qianhai authorities have carried out some favorable measures for Hong Kong businesses and residents, Lam praised the efforts in a video speech at the annual meeting of the Qianhai Shenzhen-Hong Kong Modern Service Industry Cooperation Zone Advisory Committee.

As of October, the number of Hong Kong-funded companies in Qianhai has surpassed 11,000, and over 200 Hong Kong innovation teams were established under a youth innovation and entrepreneur program, Lam said.

Looking back, Hong Kong has been not only a contributor but a beneficiary in the process of Shenzhen's reform and opening-up and looking ahead, the two cities should enhance coordination in tech innovation and resources allocation, Lam said.

Qianhai will definitely become a highlight in the Greater Bay Area development plan and provide more opportunities for businesses and people from both Hong Kong and the mainland, she added.

Qianhai, a Shenzhen-Hong Kong pilot cooperation zone, was established in Shenzhen in August 2010. The zone is a barren stretch of reclaimed land near Shenzhen's border with Hong Kong.

In the years that followed, Qianhai has welcomed a new generation of entrepreneurs from Hong Kong.

In the past year, Qianhai launched a number of favorable measures for Hong Kong people and companies, Lam said, which facilitated Hong Kong residents to work, live, and get their children educated in the area.

In August, Qianhai launched a pilot program that allowed more than 11,000 Hong Kong-funded enterprises registered in the district to agree to choose the law applicable to the contract when signing a civil and commercial contract so that companies in the Greater Bay Area can use Hong Kong laws more widely, she continued.

Regarding the construction industry, Qianhai has allowed Hong Kong professionals and enterprises to directly provide services, she added.