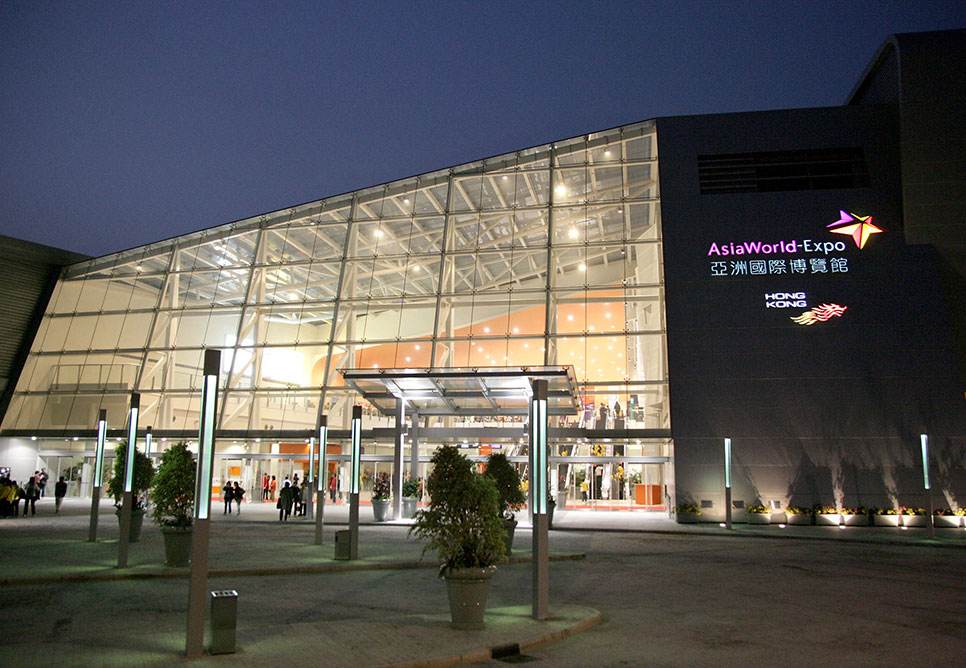 The authority estimated that about 20 to 30 patients would be admitted on the first day.

Henry Fan Hung-ling, chairman of HA, said earlier that 500 beds are available in the first phase, and another 1,500 will be available if needed.

Experts said the makeshift hospital can help release more hospital beds so that patients with more severe symptoms can get necessary and timely treatment.

At the entrance of the makeshift hospital, three flat-TV screens broadcast each and every bed and each patient's conditions in a tabular form, and another four screens played the live coverage of the surveillance cameras.

Dozens of computers have been lined up for registration outside the entrance. Medics have to put on their isolation gown and other protective gear in specific cubicles before entering. Eight wheelchairs, three sliding hospital beds and 20 chairs facing a TV are available in the waiting area near the wards.

Inside each semi-isolated ward of about three meters long and three meters wide are a bed, a bedside table, a desk and a chair. Wi-Fi connections and common areas with TVs and sofas are also installed.

An on-site medical staffer told Xinhua that there are 31 toilets that circle around the wards. Besides, several clinical waste areas, hand washing basins and an X-ray room are ready for use.

To reduce the contact between medical staff and patients, apart from ultraviolet disinfection rooms and changing rooms, there are also self-service facilities for patients to disinfect themselves and measure their blood pressure and oxygen content.

Set meals will be served three times a day for the patients, she said.

Cheng Chi-chung, a doctor with Queen Mary Hospital, said a patient can be discharged after he or she shows negative results in two nucleic acid tests or shows positive in an antibody test.

Hong Kong is getting stressed out in the face of a resurgence of coronavirus infections since the beginning of July. The total tally spiked from 1,268 on July 5 to 3,396 on Saturday, with most of the new patients getting infected locally. New cases have remained above 100 for 11 consecutive days.

The rapid increase has put Hong Kong's hospital system under great strain as isolation wards and beds are being squeezed to the limit, with many new patients unable to be admitted to hospital for isolation treatment in time.

"We are on the verge of a large-scale community outbreak, which may lead to a collapse of our hospital system and cost lives, especially of the elderly," Chief Executive of the Hong Kong Special Administrative Region (HKSAR) Carrie Lam said earlier this week, noting that Hong Kong is facing the most severe epidemic situation since January.

Given the grave challenge, the central government has pledged all necessary support for Hong Kong.

"Hong Kong has the strong backing of the great motherland to overcome the epidemic and all sorts of risks," the Hong Kong and Macao Affairs Office of the State Council said Friday in a statement.

At the request of the HKSAR government, the central government has decided to send testing personnel to Hong Kong to help with large-scale nucleic acid tests and assist Hong Kong in building temporary quarantine and treatment centers, the office said.

The National Health Commission said Saturday that seven members of a newly-established 60-strong nucleic acid testing team from the mainland will arrive in Hong Kong on Sunday, marking the first batch of mainland professionals to join the anti-epidemic fight here, with more medical personnel and materials available if needed.

Besides, the commission has also set up a panel of six experts from Wuhan to provide technical support for Hong Kong's construction of makeshift hospitals.

While Hong Kong's medical system is approaching its limit, the assistance from the mainland at this critical point will inject a shot of "cardiotonic" into Hong Kong's anti-epidemic fight, Ng Chau-pei, president of the Hong Kong Federation of Trade Unions, said earlier this week.

Echoing Ng, Chan Yung, vice-chairperson of the Democratic Alliance for the Betterment and Progress of Hong Kong, said the mainland has gained a lot of valuable experience in the battle against COVID-19 and the firm support of the central government will be a strong guarantee for Hong Kong to win the fight.

The HKSAR government has introduced several rounds of stringent measures over the past weeks, such as compulsory mask-wearing in all public places, the group gathering limit of two people, and tightened testing and quarantine arrangement for exempted persons such as sea and air crew members.

Meanwhile, due to the current COVID-19 outbreak, the chief executive on Friday announced the postponement of the 2020 Legislative Council General Election of the HKSAR by one year.