Hong Kong Special Administrative Region (HKSAR) is working on the establishment of a high-level cooperation mechanism with Central China's Hubei Province, making it the first province in the central region of China to establish a cooperation plan with the special administrative region, Carrie Lam, Chief Executive of the HKSAR, said at an event on Sunday. 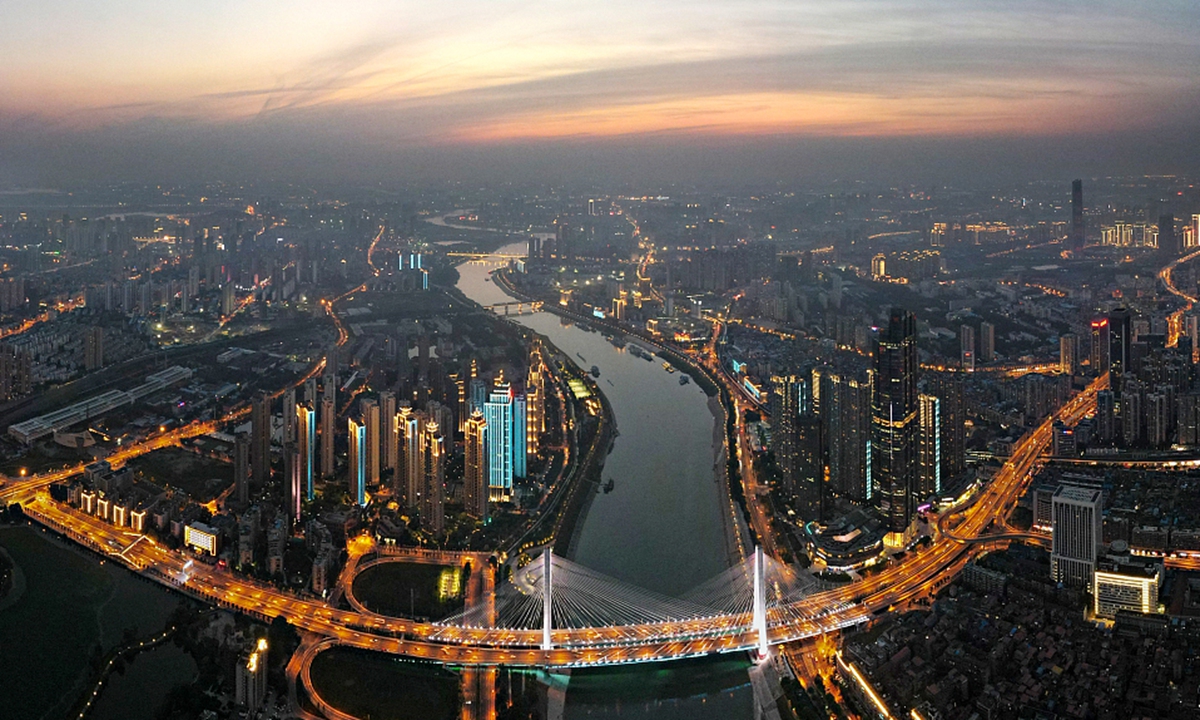 Experts said that this marks another step in the exploration and creative practices of the "one country, two systems" amid the booming demand for closer connectivity for the development of both Hong Kong and the provinces and cities in the mainland.

Speaking on the sidelines of an event organized by the Federation of Hong Kong Hubei Associations on Sunday, Lam said that the discussions between the two places have gradually matured, and she will lead a delegation to visit Wuhan, capital city of Hubei, to discuss cooperation at the end of November.

As the country gives shape to a new development pattern where the domestic and international dual circulation are the backbone, Hong Kong hopes to better integrate into the overall development of the country, according to Lam, who shared her hopes that cooperation between Hubei and Hong Kong can be pushed to a new level to mutually benefit people from both regions.

The relationship between Hubei and Hong Kong has been close with frequent business exchanges. Taking 2019 as an example, the total value of goods imported from Hubei to Hong Kong was 23 billion yuan ($3.6 billion) and that exported from Hong Kong to Hubei reached 1.3 billion yuan ($203. Million), according to the report by the HRSAR government on Sunday.

Many Hong Kong companies have invested in Hubei in a wide range of business, mainly involving power generation, new materials, energy conservation and environmental protection, and auto parts, Lam said, noting that, as an international financial and commercial center, Hong Kong has always played a role in assisting Hubei companies to go global.

"While Hong Kong's financial capacity can effectively connect Hubei enterprises, Hubei's manufacturing advantages and the positive effects of talent training in the region can also greatly promote Hong Kong's development," an expert told the Global Times on Sunday on condition of anonymity, noting that this is another exploration and a creative practice of the "one country, two systems."

The HKSAR government also hopes to do more to give full play to the SAR's strengths, to integrate deeply into the overall national development and give play to the complementary advantages of the provinces in the mainland, the expert said.

From the perspective of Hong Kong, in today's era of development, the breadth and depth of "one country, two systems" must continue to expand, he said.

The HKSAR also has close relations with other provinces, including Central China's Henan Province and Southwest China's Sichuan Province, in the fields of finance, economy and trade, human talent, culture tourism, and technology research and development, according to media reports.

In the past, the "one country, two systems" was limited to Hong Kong and Macao, but now, with the Greater Bay Area as new pilot region, its practice might be extended to a much broader area , experts said.