Hong Kong police on Saturday arrested 14 people for their involvement in an illegal assembly last year, including 12 men and two women, said the police. 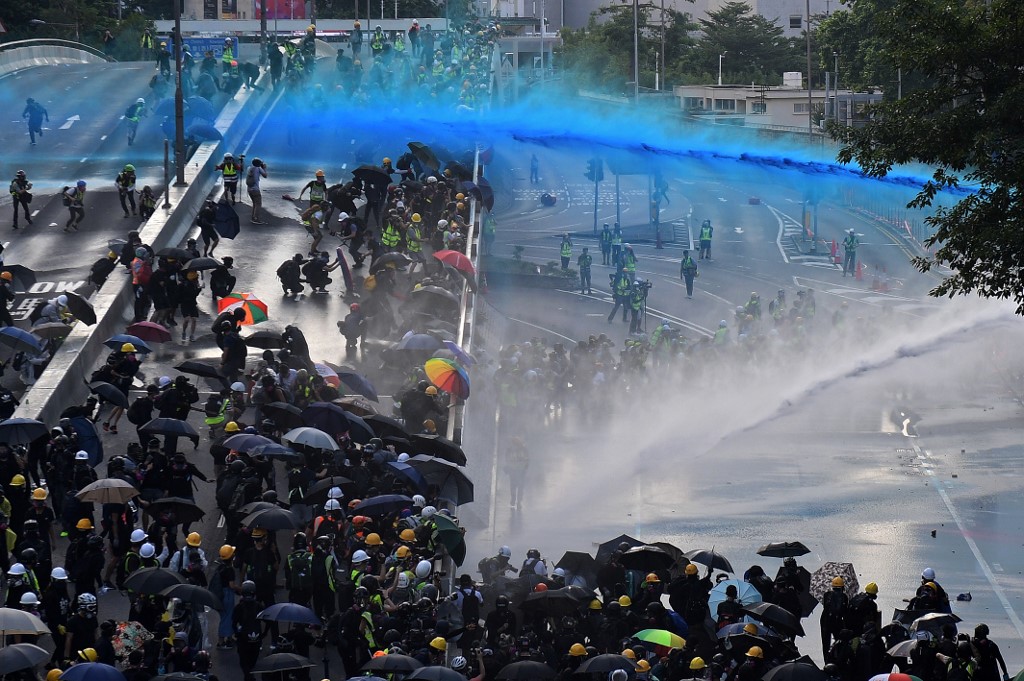 In this file photo taken on September 15, 2019 protesters react as police fire water cannons outside the government headquarters in Hong Kong. (Photo: AFP)

Jimmy Lai Chee-ying, founder of Apple Daily and media group Next Digital, was among the arrested people. He was arrested at his residence on Saturday afternoon.

Lai is involved in an August 31 march during the anti-government protests, which were sparked in June due to the now-withdrawn extradition bill. He was arrested on February 28 for illegal assembly and intimidating a journalist in June 2017 and then was released on bail the same day.

Lee Chu-ming, the founding chairman of the United Democrats of Hong Kong and its successor, the Democratic Party, was one of the people arrested, according to local media.