A group of masked and helmeted protesters blocked the exits and roads leading to suburban Yuen Long MTR station using objects including garbage bins, and targeted police with laser pointers on Wednesday night.

According to Kong, police officers responded with restraint and dispersed the crowd after a series of warnings.

"We respect residents' right of assembly and freedom of speech, but police will decisively respond to unlawful violence when society order and residents' safeties are jeopardized," Tse Chun-chung, chief superintendent of the Hong Kong police public relations branch, said at the briefing. 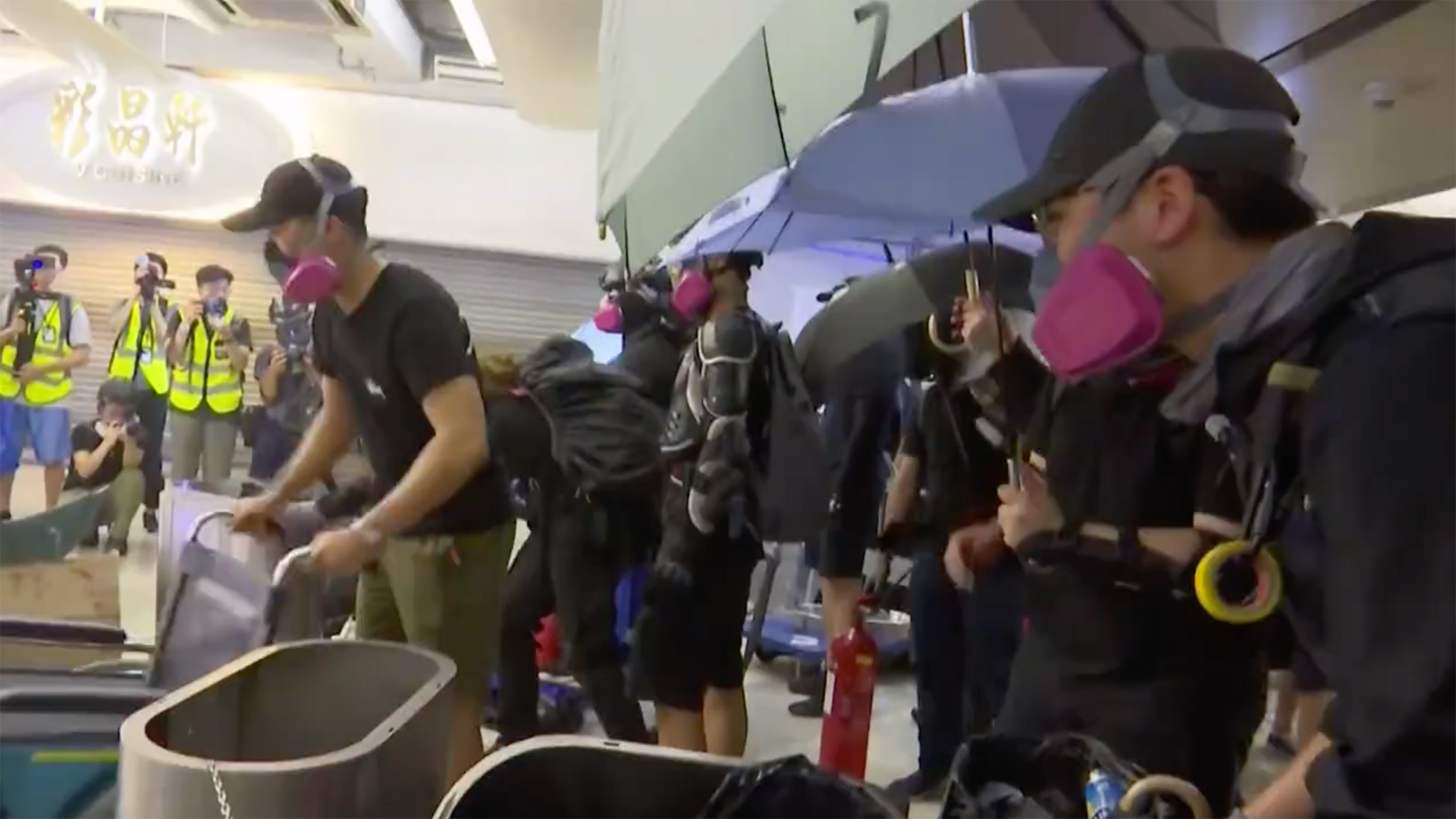 Meanwhile, the spokesperson refuted false claims that police had beaten protesters with bricks by showing video records. The police act strictly in accordance with the law, Tse stressed.

He also strongly condemned all the radical activities that target the police and their families, referring to the disclosure of police officers' personal information on the internet. Some officers have even received death threats, the police spokesperson said.