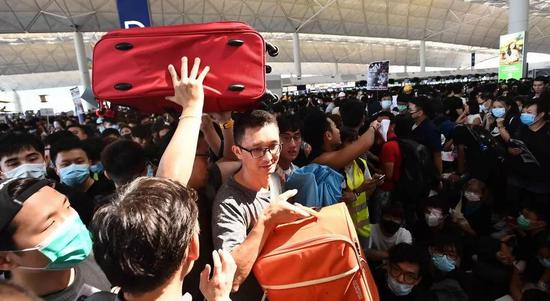 Radical protesters held an unlawful assembly at the airport on Tuesday evening. Two residents from the mainland were assaulted and unlawfully detained.

The five males arrested are aged between 17 and 28, with two of them suspected of assaulting police and possessing offensive weapons.

At a press briefing, Mak Chin-ho, assistant commissioner of police, said that radical protesters carried out a series of extreme acts at the airport such as assaulting and torturing people, obstructing relief work, jostling passengers and disregarded human lives.

Tse Chun-chung, chief superintendent of police public relations branch, said that the Airport Authority Hong Kong has obtained an interim injunction to restrain persons from unlawfully and wilfully obstructing or interfering with the proper use of Hong Kong International Airport.