HONG KONG, Dec. 14 (Xinhua) -- Hong Kong police have arrested three men and two women in suspected connection with the murder of a 70-year-old street cleaner a month ago, a tragedy that happened during rioters’ brutal assaults on residents trying to remove road blockages. 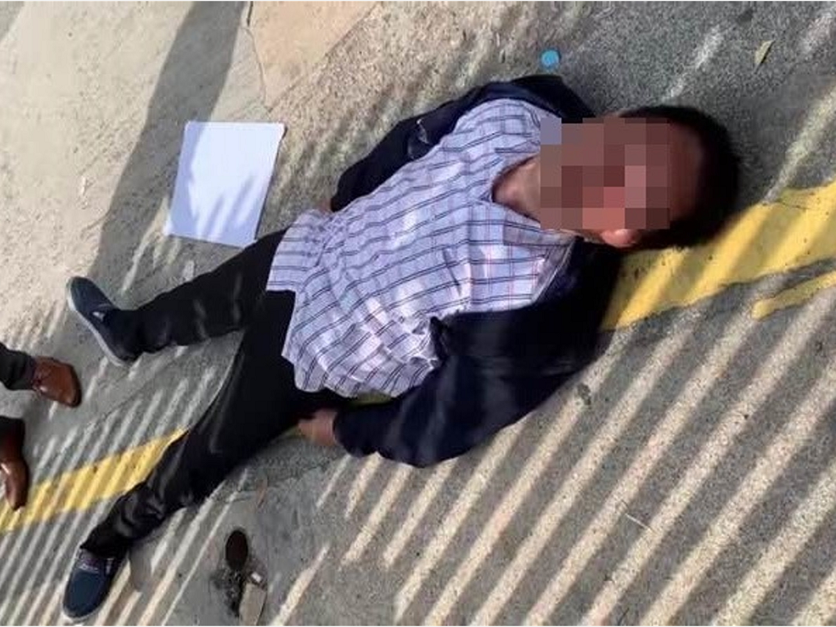 The five people, aged between 15 and 18, were arrested on Friday for murder, taking part in a riot and wounding, the police said in a statement Saturday.

They are being detained for further inquiries, and investigation by the Regional Crime Unit of New Territories North is underway, according to the police.

A group of black-clad rioters set up roadblocks near North District Town Hall in Sheung Shui on Nov. 13. They clashed with residents who tried to clear the road, throwing iron rods, bricks and other hard objects at the latter.

The victim was hit in the head by a brick when filming the scene with his cell phone. He was knocked down to the ground and fell unconscious. The death was announced on late Nov. 14 at hospital.

The man, an outsourced worker of the Food and Environmental Hygiene Department, was walking past the clash spot by himself on his lunch break.

This was the first death of an innocent civilian during the months-long unrest in Hong Kong.