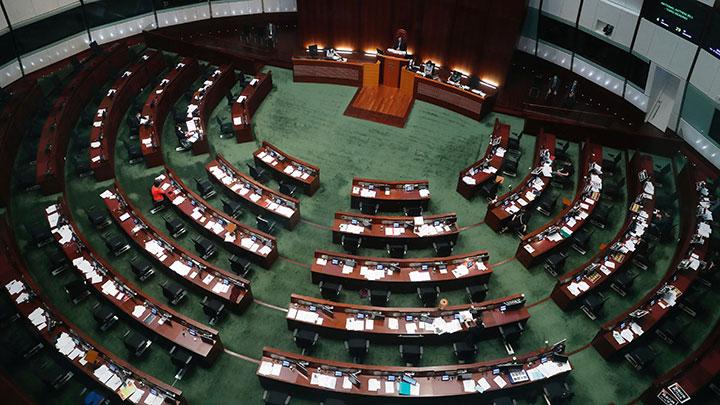 HONG KONG, Nov. 1 (Xinhua) -- Six men and one woman aged between 33 and 63 were arrested on suspicion of violating the Legislative Council (LegCo) (Powers and Privileges) Ordinance, specifically the offenses of contempt and interference with members, Hong Kong police said Sunday.

The police said they received a call reporting chaos during a LegCo meeting from the LegCo secretariat on May 8, and the case was followed up by the investigative team of the police. On November 1, the police arrested the 7 people, saying that the operation is still ongoing and the possibility of more arrests cannot be ruled out.