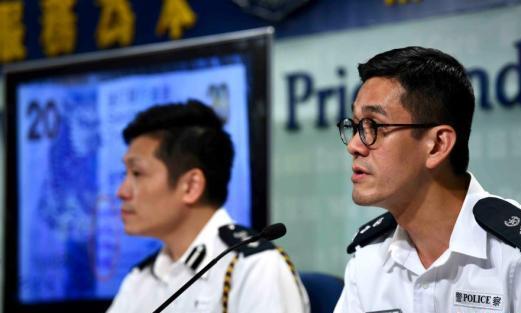 Police have banned the application for a public meeting and public processions in Central and Western Districts on this Saturday, Kwok Pak-chung, regional commander of the Hong Kong Island, said at a daily press conference Thursday, without naming the applicant.
"The objection is in the interest of public safety, public order, and protection of rights and freedom of other residents," Kwok said.
Recent peaceful demonstrations easily descended to violent incidents and quickly spread to more areas in Hong Kong, with rioters tearing down public facilities, assaulting police officers with deadly weapons, vandalizing shops, and attacking residents.