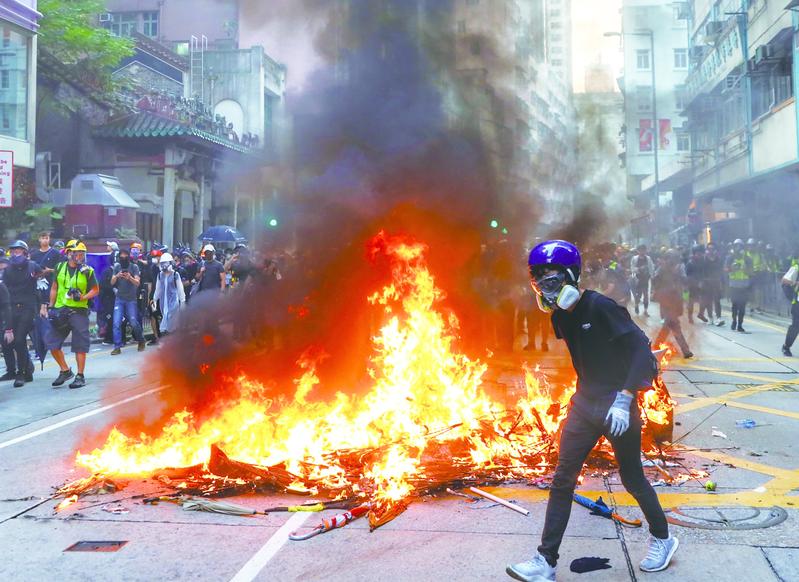 Masked rioters popped up in various shopping malls to escape from police. Police said, in response to the crimes, their officers entered the malls to embark on the arrest operations.

When police handled the cases in the malls, some rioters threw miscellaneous objects from height at police officers. Some rioters surrounded, scolded and assaulted people with different political views.

At around 7:30 p.m. local time, a wounding case happened in Taikoo Shing, in which five people were sent to hospital and two of them are in critical condition.

"Police strongly condemn violent acts and will conduct active and thorough investigation with a view to bringing offenders to justice, regardless of their motive and background," the statement said.

Police reiterated that "no violent behavior will be tolerated," saying they will continue to take resolute enforcement action so as to safeguard Hong Kong's public safety and bring all lawbreakers to justice.