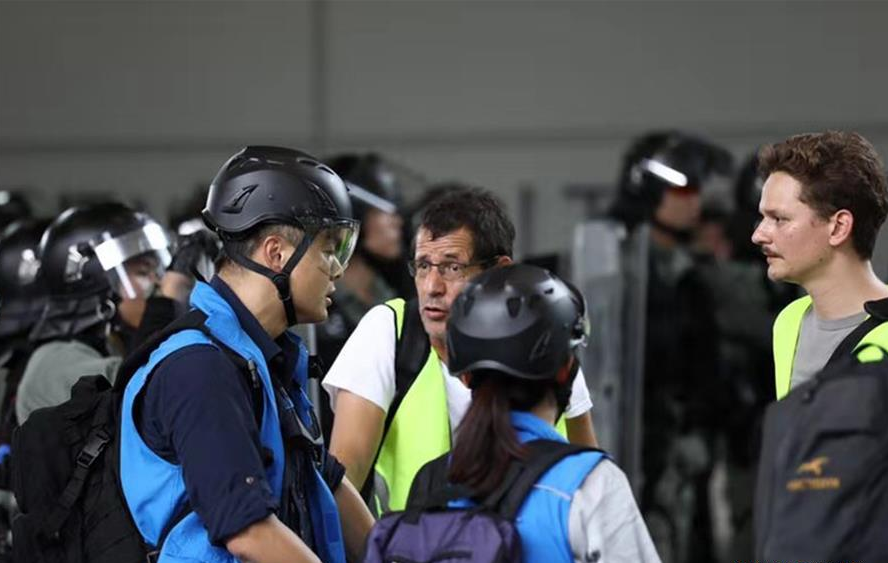 The spokesman of the HKSAR government made the remarks in response to an overseas media report that alleged that Hong Kong police broke their own rules on using force and faced no consequences.

The spokesman strongly refuted the biased and misleading claim, expressing "deep regret to the allegation that is not based on facts is still made."

The spokesman said police do not initiate action against protesters but only respond with appropriate and proportionate force when protesters take part in illegal activities.

"We reiterate that it is the responsibility of the police to ensure public order and public safety. The police must also safeguard the rights and freedoms of others," the spokesman said.

"If protesters do not use violence, there would not be any necessity to resort to lawful use of force to defend ourselves. If protesters are peaceful, rational and orderly, the police will not and have no reason to intervene," the spokesman said.