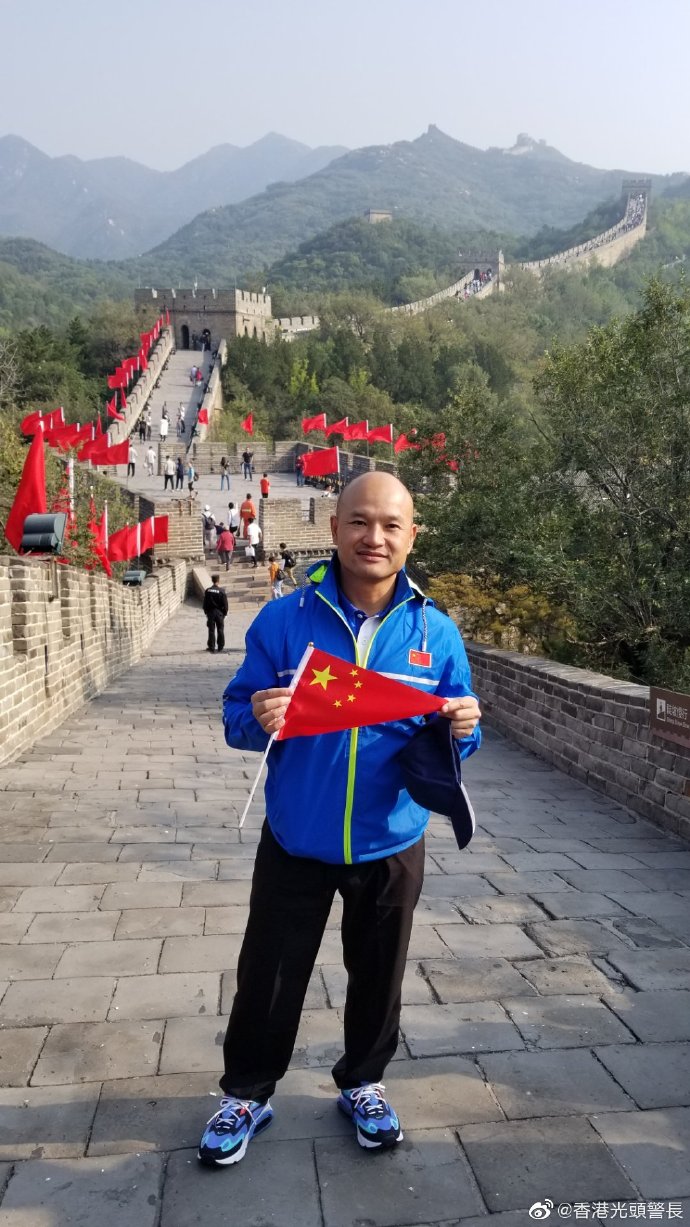 "It is much more majestic and magnificent than I imagined!" he said in a post on Chinese social media outlet Sina Weibo after ascending the Great Wall, hoping more Hong Kong residents could have the opportunity to experience it personally.

Lau is one of 10 representatives of the Hong Kong Police Force being invited to Beijing to take part in a series of celebratory events for the 70th anniversary of the People's Republic of China.

Lau, nicknamed "Bald-Headed Sergeant", has become an online celebrity for his bravery and courage in combating violence and riots in New Territories, Hong Kong in July.

At that time, the 46-year-old station sergeant of the Hong Kong Police Tactical Unit was surrounded and beaten by a large number of black-clad protesters for more than 10 minutes and his face, eyes and feet were severely injured.

Later he faced nonstop calls, torrents of verbal abuse and threats against the lives of his family members. 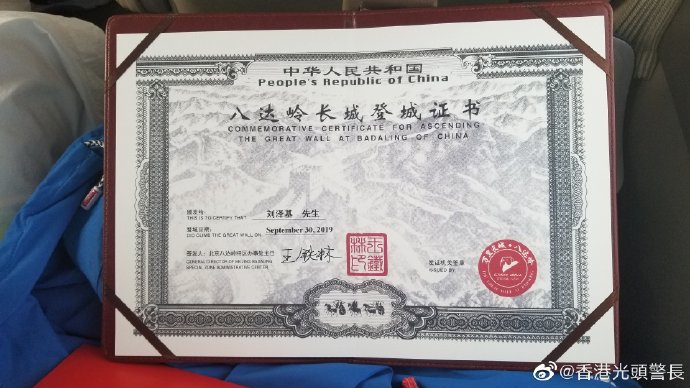 Lau received strong support from mainland netizens after his story was publicized. His trip to Beijing also attracted attention. By 4 pm on Monday, Lau's Weibo post had received more than 170,000 likes. Many netizens extended warm welcomes, and some recommend tour routes for him via social media.

"You and your colleagues are heroes protecting the Chinese nation, just like the Great Wall. We all stand by you," one netizen commented.

Lau is one of many Hong Kong police officers who have devoted themselves to combating violence and safeguarding Hong Kong over the past three months.

Another officer, 23-year-old Wu Sui-kit — the youngest among the Hong Kong police group visiting Beijing — said he feels honored and excited to witness the grand parade on Tuesday at Tian'anmen Square.

"I never expected to watch on the spot. I want to see those planes and tanks," he said.

It is the second time Wu has visited Beijing, and he said he also looks forward to visiting the Palace Museum and eating snacks on Wangfujing Street.