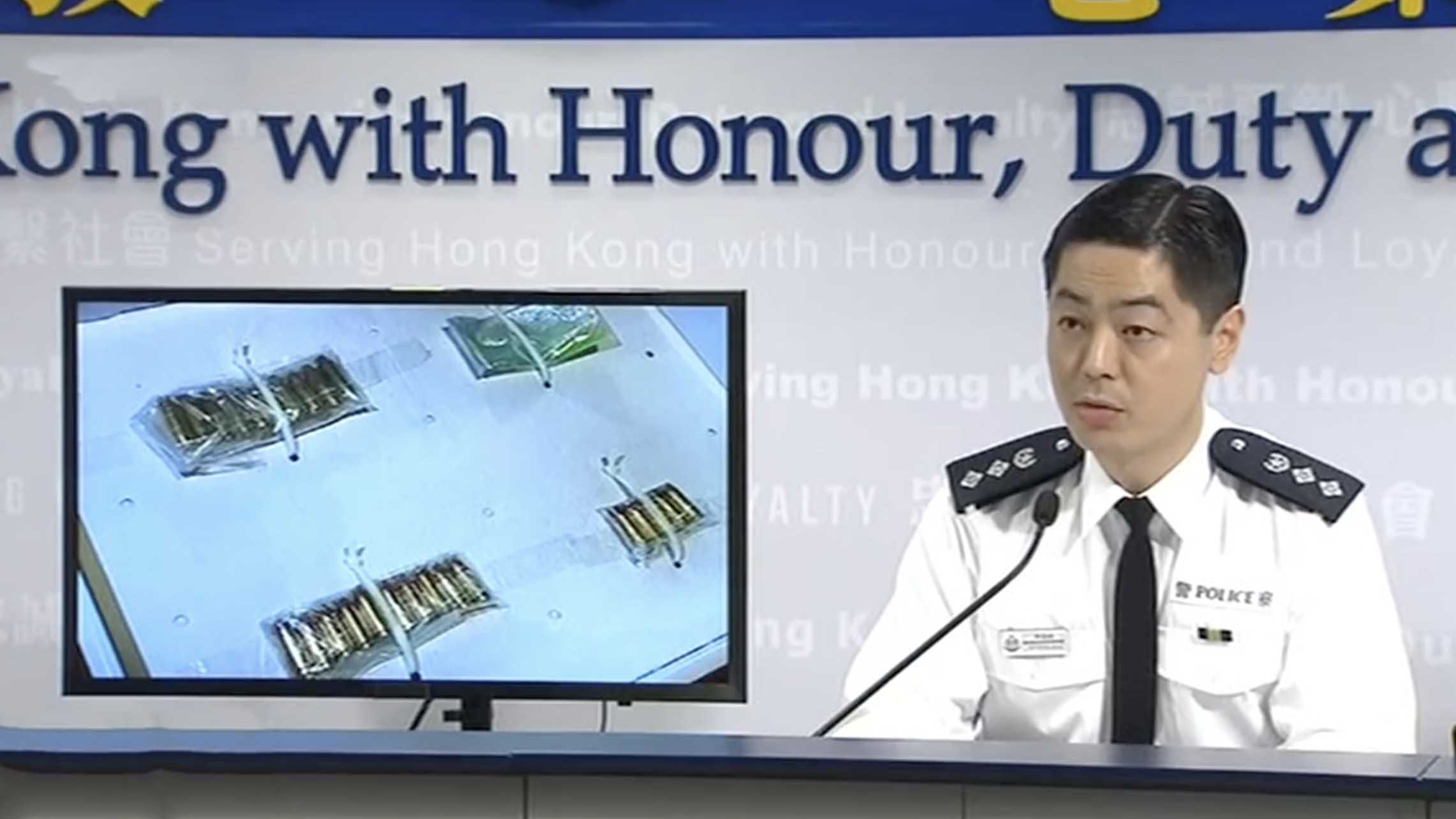 Chief Superintendent of Police Public Relations Branch Kwok Ka-chuen said at a press conference that rioters threatened online to block roads, vandalize shops and set fire to Christmas trees during the upcoming holiday, which will endanger the safety of residents, in particular the aged and children.

Police have seized guns and home-made bombs for at least three times this month and there has been evidence showing the suspects involved in the cases planned fatal attacks at public events.

"The rioters completely ignore people's lives," Kwok said. "If they were not arrested in time, any residents at the scene would be the victims and the consequences would be disastrous."

Police said a gathering planned on Tuesday in Tsim Sha Tsui has been canceled by the organizer and people who still take to the street will be suspected of participating in an unlawful assembly.

Violent and disruptive activities continued in Hong Kong. Rioters took down the national flag from a pole and attacked police officers at Edinburgh Place on Sunday. Police officers investigating a gun case were besieged by rioters on Friday.

Police arrested 52 people for offenses including unlawful assembly and possession of offensive weapons during the past week. Six officers were injured during the operations.

When talking about rising crime rates during the past six months, Senior Superintendent Li Kwai-wah of Organized Crime and Triad Bureau said the increasing crime cases including burglary and robbery were mainly attributed to violent protests in the past months as the police forces were overwhelmed.

A gold store was robbed of jewelry worth 1 million Hong Kong dollars (about 130,000 U.S. dollars) on Monday noon in Yau Ma Tei.