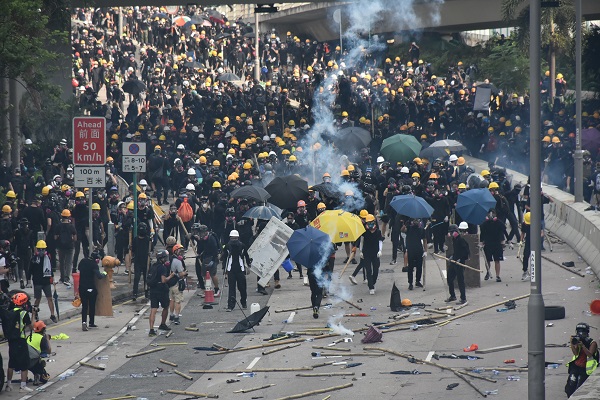 Protesters escalated their violence in the afternoon and evening. They blocked various roads in Tsuen Wan, paralyzing traffic in the vicinity.