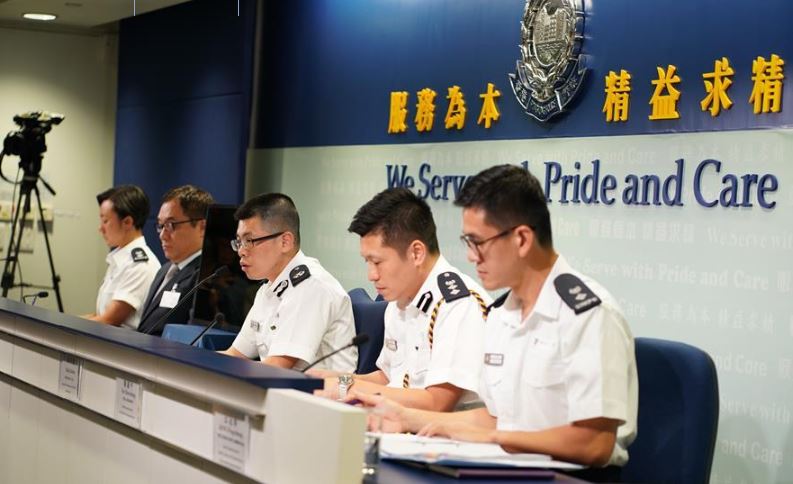 HONG KONG (Xinhua) -- Members of the public in China's Hong Kong Special Administrative Region (HKSAR) have expressed support for Chief Executive Carrie Lam's call for dialogue to find a way out of the current impasse.

Lam announced four actions to initiate a dialogue on Wednesday, including to formally withdraw the proposed amendments to the Fugitive Offenders Ordinance and the Mutual Legal Assistance in Criminal Matters Ordinance in order to fully allay public concerns, fully support the work of the Independent Police Complaints Council (IPCC), reach out to the community to start a direct dialogue, and to invite community leaders, professionals and academics to independently examine and review the society's deep-seated problems, and advise the government on finding solutions.

On Thursday, 13 movie and entertainment companies in Hong Kong made a joint public statement, calling on all sides to expand communication, replace confrontation with dialogue and return to reason and rationality.

Richard Li Tzar-kai, the chairman of Pacific Century Group, said in a published statement on Thursday that Hong Kong's long-term prosperity and stability depend on the sustainable implementation of the "one country, two systems," principle. "Violence has caused sweeping economic damage and divided society, which is truly saddening."

Violence in Hong Kong needs to be immediately stopped and social order needs to be restored through the rule of law, he said.

Li said he supports the administration team of the HKSAR to carry out dialogues with people from all walks of life and with the young people to continue to develop Hong Kong's economy, maintain its international status, and create a better future for Hong Kong and its next generation.

The Democratic Alliance for the Betterment and Progress of Hong Kong (DAB) said in a statement that it is the common aspiration of the Hong Kong people to end the unrest, stop the violence, restore social order as soon as possible.

The DAB said that the Hong Kong society should denounce violence so as not to further disrupt social order and hurt Hong Kong's economy, which will cause damage to the whole society.

Jonathan Choi Koon-shum, chairman of the Chinese General Chamber of Commence of Hong Kong, said that it helps to ease the recent tension in the society as the HKSAR government takes Hong Kong's general interest into account and listens to opinions from all sides.

The four actions announced by Carrie Lam represents an important step forward in building a platform for dialogue among all walks of life in Hong Kong to jointly find solutions to the political, economic and social problems facing Hong Kong, said Choi.

Peter Lee Ka-kit, the co-chairman of Henderson Land Development Company Limited, said that he fully supports the decision by the HKSAR government. In the future, everybody should work together to repair the division through dialogue and communication, he said.

Peter Lam Kin-ngok, the chairman of the Hong Kong Trade Development Council, said that people from all walks of life in Hong Kong should carry out constructive dialogue and discuss profound social problems to find a way out, and bring Hong Kong to refocus on developing economy and improving people's livelihood. Enditem