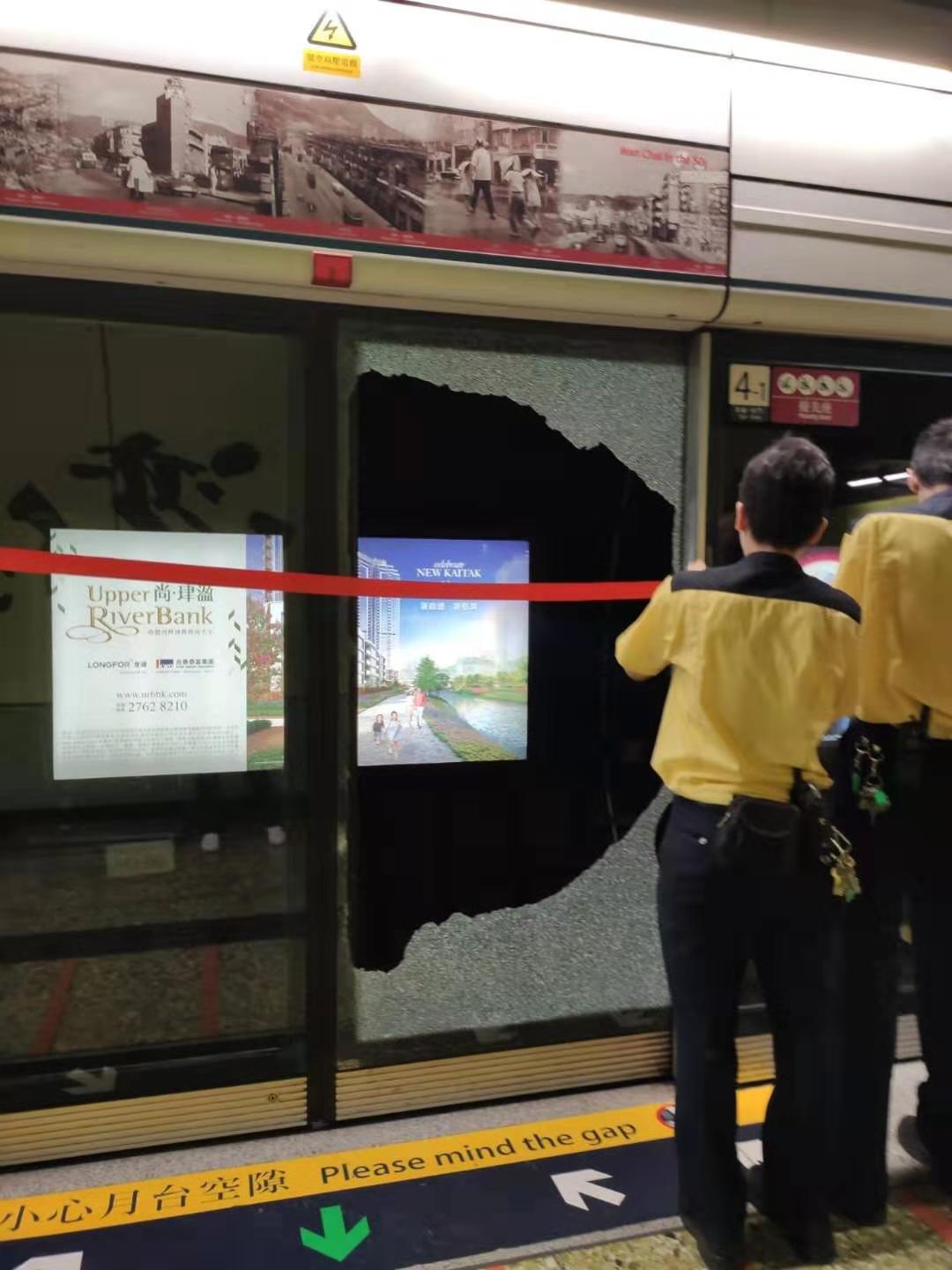 According to the MTR Corporation, a screendoor at Wan Chai station was vandalised and traffic cones as well as railings were hurled onto tracks.

Its staff had cleared the area but trains would slow down for safety reasons, said MTR.

The railway operator announced on Saturday that the Sai Ying Pun Station and some exits at Sheung Wan Station were closed.

Meanwhile, the court on Friday extended an order issued a week ago that retrains persons from unlawfully and willfully obstructing or interfering with the proper use of the stations and trains of the railway network and the Hong Kong High Speed Rail West Kowloon Station.