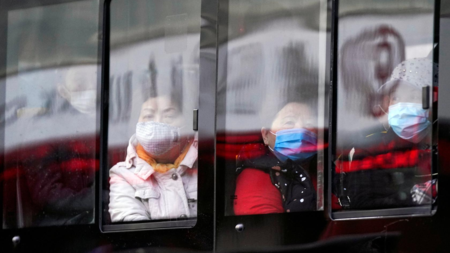 Head of the CHP's Communicable Disease Branch Chuang Shuk-kwan said at a press briefing that the two imported cases involved a man who had traveled to Switzerland and France before returning to Hong Kong and another man who had visited the United States and Britain.

It was the fourth straight day that no local infections were reported in Hong Kong, according to the CHP.

According to Hong Kong's Hospital Authority, as of Thursday noon, a total of 353 patients were still in the hospital, with nine in critical condition, while nearly 700 patients have been discharged.

Starting Wednesday, all inbound visitors are required to take virus tests after arriving at the Hong Kong airport and wait at designated places for their results. All the 286 people coming to Hong Kong Wednesday were tested negative.