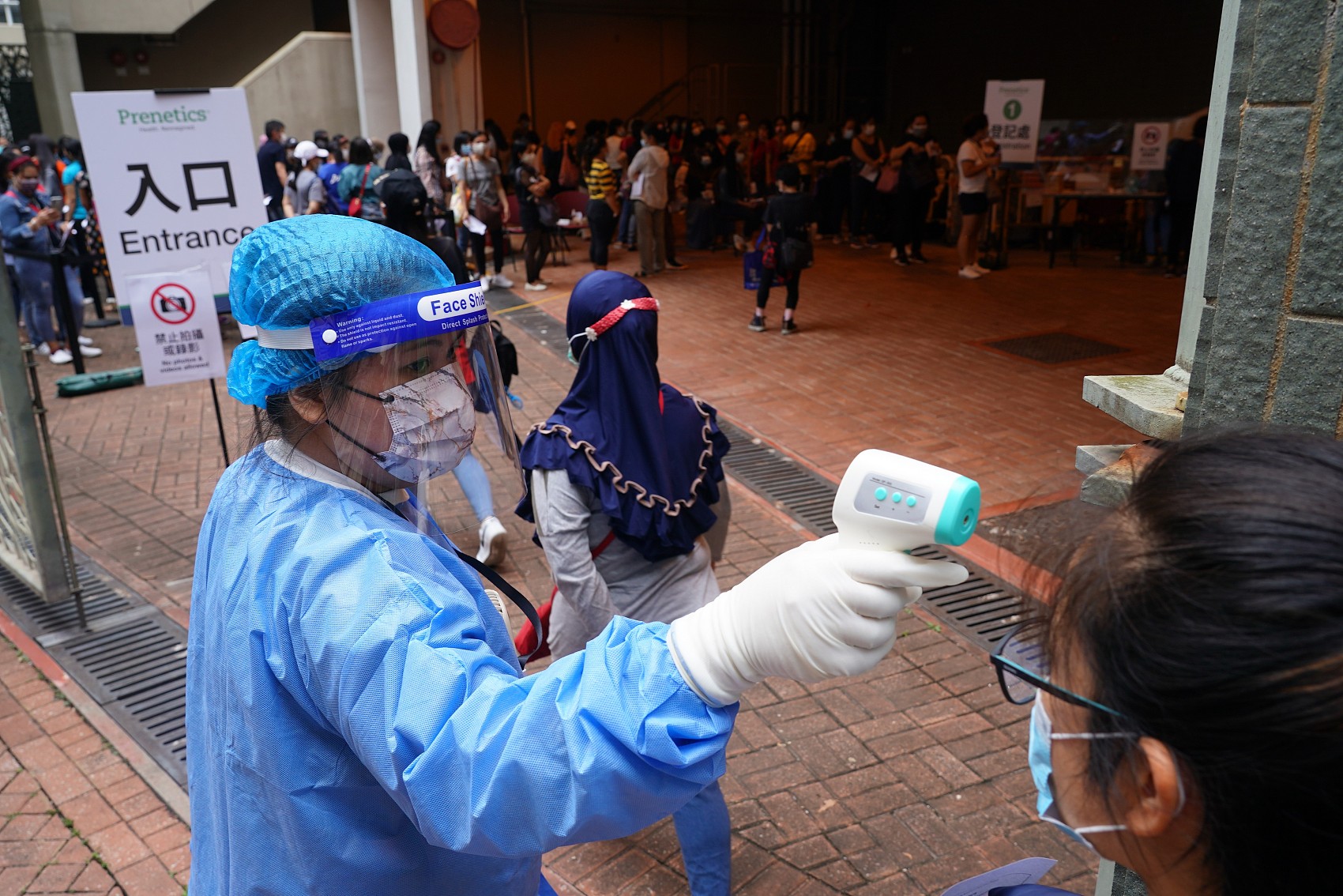 Three of the newly confirmed cases were imported, while the remaining one, a foreign domestic helper, was not yet classified, according to a CHP press briefing.

The domestic helper, who arrived in Hong Kong from the Philippines on March 31, was a carrier of the N501Y mutant strain, the CHP said.

Chief Executive of the Hong Kong Special Administrative Region Carrie Lam said on Tuesday that over the past two weeks, about 80 percent of the new confirmed cases reported in Hong Kong were imported, indicating that the local epidemic situation is generally stable. She hoped that Hong Kong can achieve "zero infection" soon.

Lam also expressed concern about the appearance of coronavirus mutant strain in the community, with a total of four detected over the past three weeks. Facing this situation, more stringent measures have to be taken, including requiring all foreign domestic helpers in Hong Kong to undergo compulsory testing before May 9.

Lam said the new measure related to foreign domestic helpers has led to some discussions in the society. She stressed that all anti-epidemic measures are carried out in accordance with public health and scientific objectivity, without any discrimination.