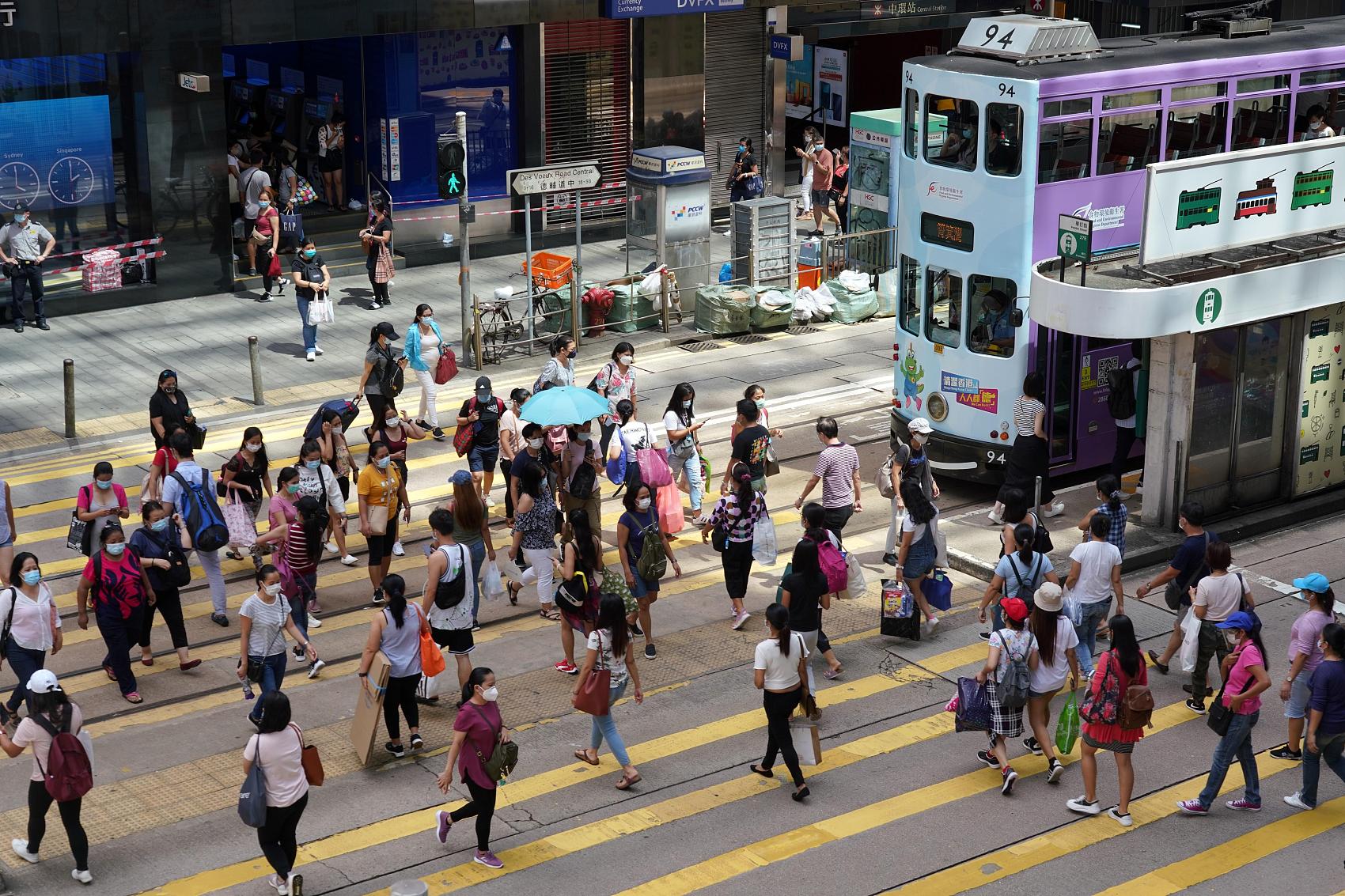 The new cases included 13 imported cases and 31 local infections. Among the local cases, 20 are related to previously confirmed cases, and the route of transmission of 11 local cases are unknown, Chuang Shuk-kwan, head of the CHP's Communicable Disease Branch, told a media briefing.

The new cases involved a 33-year-old man who contracted COVID-19 in March and was tested negative when discharged from hospital in April. The man traveled to Spain via London between Aug. 6 and Aug. 15.

There could be two possibilities that the man was tested positive again, either he persistently carried the virus, or it was a reinfection, Chuang said, adding that thorough studies would be carried out.

Lau Ka-hin, chief manager of Hong Kong's Hospital Authority, said at the briefing that as of 9:00 a.m. local time Monday, 3,599 patients with confirmed infection had been discharged from hospitals after recovery, while 783 patients were hospitalized, including 29 in critical condition and 39 in serious condition. The number of deaths remained at 69.

The Hong Kong Special Administrative Region government announced on Monday that in view of the still severe epidemic situation, the existing anti-epidemic measures, due to expire on Tuesday, will be extended for another seven days.

The measures included mandatory mask-wearing in all public places, group gatherings of no more than two persons, and dining-in services in restaurants banned between 6 p.m. and 5 a.m. local time.