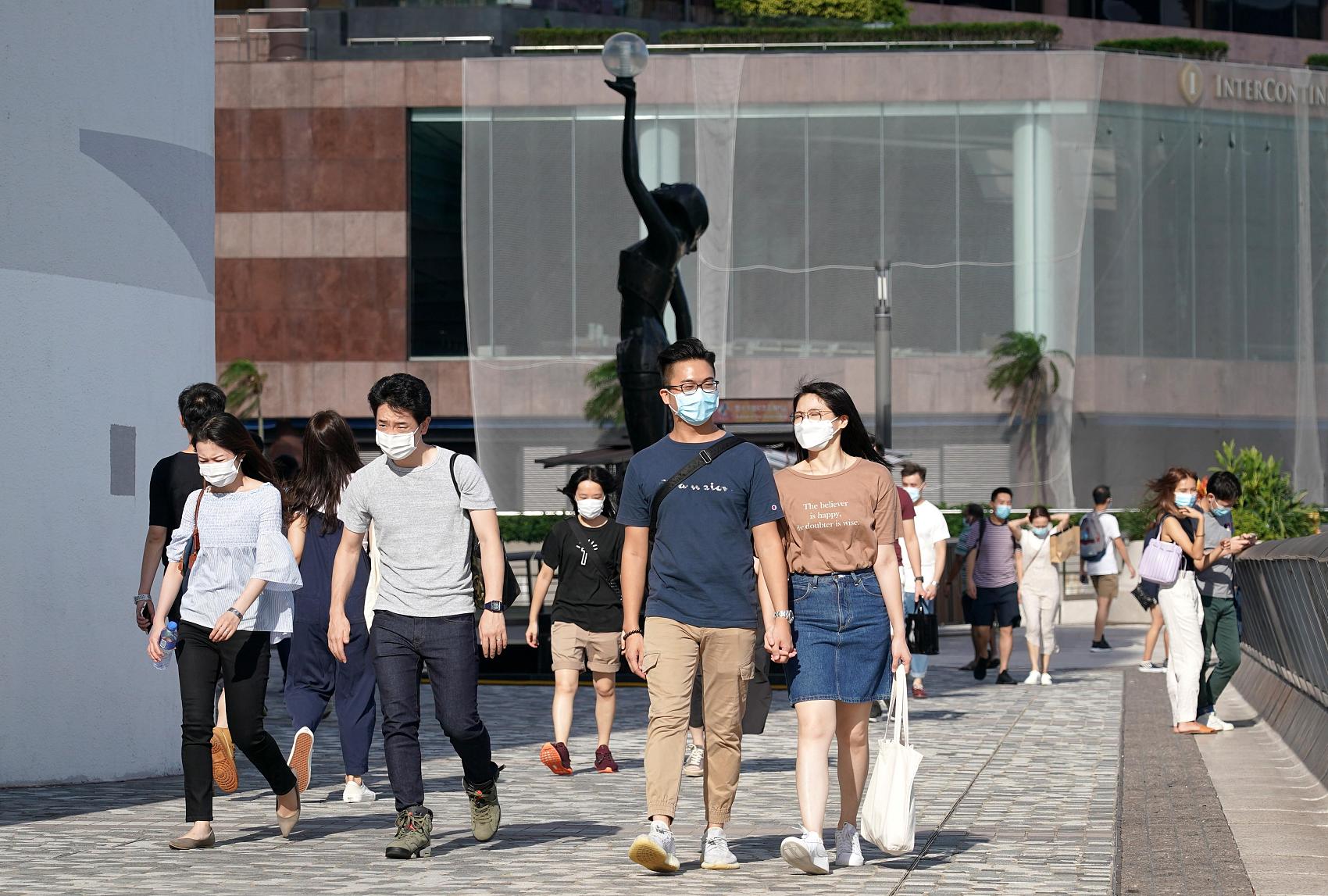 Chuang said a mass screening at Kwai Tsing Container Terminals turned out that 34 people, including 33 employees from the same harbor service company, tested positive for COVID-19, with most of them showing no symptoms. So far a total of 55 positive cases have been counted from the site.

Linda Yu, a chief manager of Hong Kong's Hospital Authority, said at the briefing that over 3,500 patients have been discharged from hospitals after recovery, while 761 patients are hospitalized, including 27 in critical condition and 42 in serious condition.

The number of deaths rose to 69, Yu said.