People sit along the Tsim Sha Tsui promenade next to Victoria Harbour in Hong Kong on September 17, 2020. (Photo: Agencies)

HONG KONG - Hong Kong reported four new COVID-19 cases on Tuesday, all of which were imported.

According to the Centre for Health Protection (CHP) of the Department of Health, the city’s tally of confirmed coronavirus cases stood at 5,079. 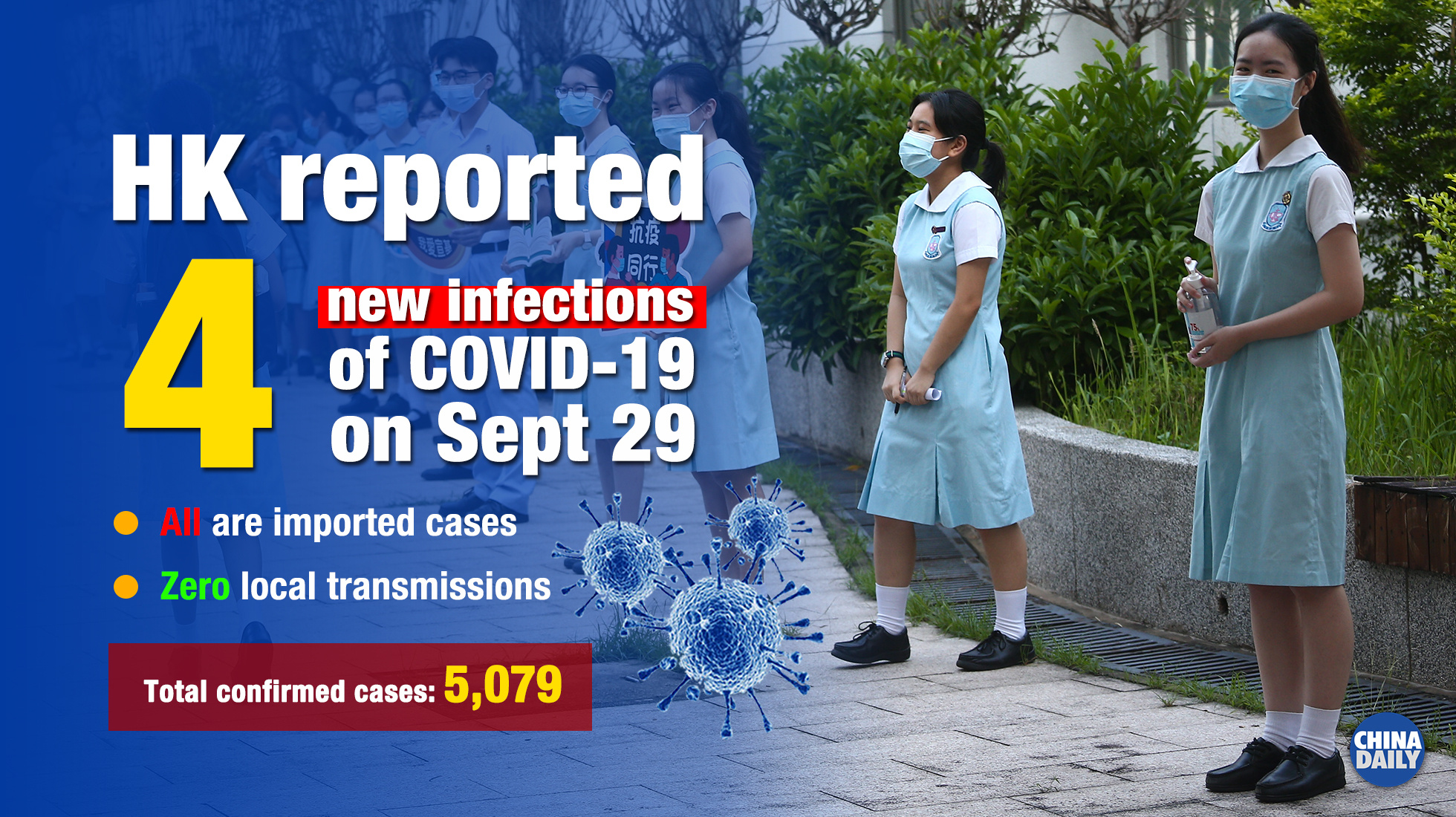 Also on Tuesday, the the final phase of the resumption of face-to-face classes started after students of the first, fifth and sixth grades in primary and secondary schools as well as the kindergarten returned to campuses a week earlier.

With the National Day and Mid-Autumn Festival holidays around the corner, the Leisure and Cultural Services Department extended the opening hours and made special arrangements at some of its venues so that the public could celebrate from Oct 1 to 3.

These venues included Aldrich Bay Park in the Eastern District, Hong Kong Velodrome Park in Sai Kung and the Central Lawn of Victoria Park in Wan Chai, according to a statement issued by the department. The department urged residents to strictly follow social distancing rules, which ban groups of more than four people from gathering in public to stop the spread of the virus.

During the holidays, 13 general out-patient clinics across the city will continue their services, a Hospital Authority (HA) spokesperson said in a statement.