Nearly 100 people gathered Tuesday afternoon at Chater Garden in Central, Hong Kong, to protest against the U.S. administration's signing of the "Hong Kong Human Rights and Democracy Act of 2019" into law. 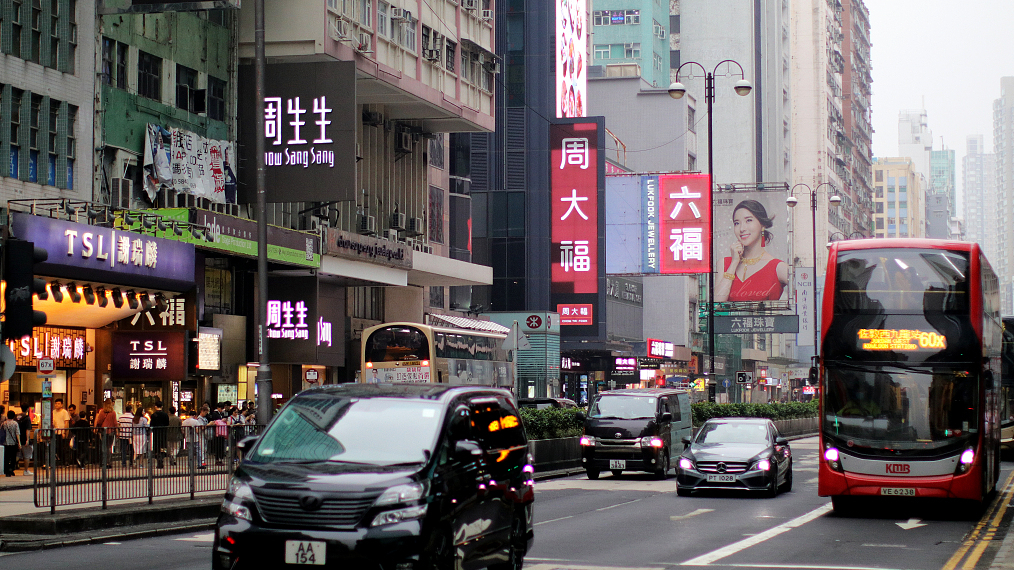 "Hong Kong is part of China's territory" and "Hong Kong's internal affairs should not be interfered by the United States," the people at the rally chanted while carrying national and regional flags.

Jimmy Tso, the rally leader, said the United States has not only instigated rioters to disturb the social order in Hong Kong, but also openly interfered in Hong Kong affairs with the "Hong Kong Human Rights and Democracy Act."

Patriotic people should unite and stop the United States from causing trouble in Hong Kong under the false banner of democracy, Tso stressed.

"Rioters have wreaked havoc throughout Hong Kong in recent months, hitting those from all walks of life, and some people are even too scared to go out," a participant of the rally Choi told reporters, adding that the United States is to blame.