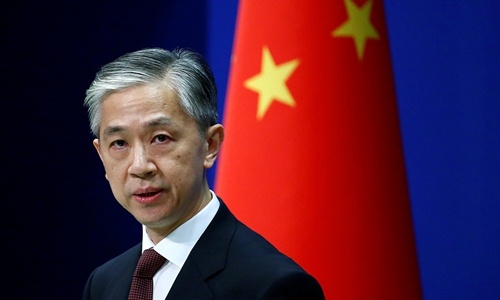 Hong Kong society has been brought back to the right track over the past year since the implementation of the national security law for Hong Kong, with security being safeguarded, the rule of law and justice being upheld, and the lawful rights and freedoms of local residents and foreign citizens better protected in a safer environment, Chinese Foreign Ministry spokesperson Wang Wenbin said on Wednesday.

This is an undeniable fact that any unbiased people would recognize, Wang said at the regular press conference on Wednesday, refuting the smears of Amnesty International, a UK-based international non-governmental organization focused on so-called human rights, which claimed the national security law has created a "human rights emergency" in Hong Kong.

Statistics show that in 2020, the amount of capital flowing into Hong Kong is $50 billion, and funds raised through IPOs in its stock exchange ranked the second largest globally, Wang said. The Hong Kong economy grew 7.9 percent in the first quarter of 2021 year-on-year, Wang noted.

A recent report of the International Monetary Fund reaffirms Hong Kong's position as an international financial center, Wang said. The number of overseas media outlets and people working in the press sector in Hong Kong has increased, he said.

These facts are a vote of confidence for the national security law and Hong Kong's prospect, Wang said. "No attack or smear can stop Hong Kong's turnaround from chaos to stability and prosperity," he noted.

"We believe that with the full support of the central government and the concerted efforts of people from all walks of life in the SAR (special administrative region), Hong Kong will surely maintain lasting stability and prosperity and embrace an even brighter future," Wang said.