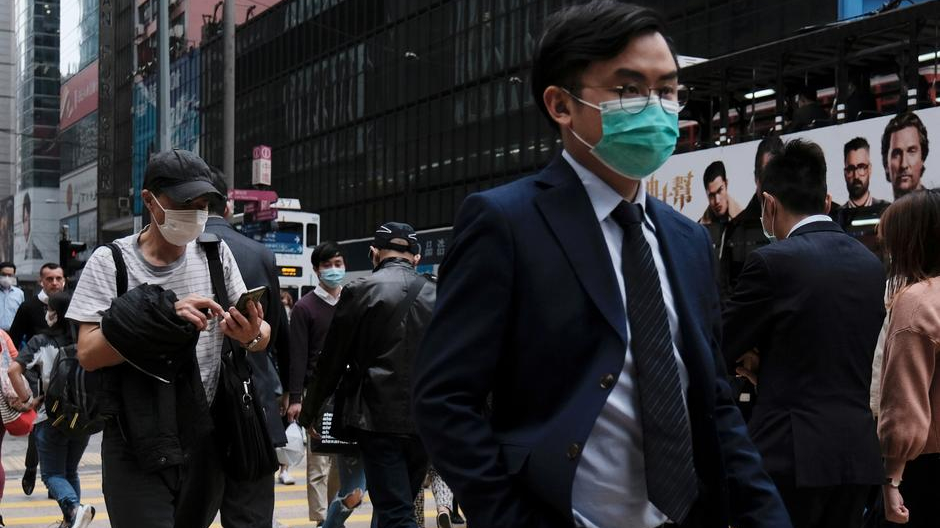 HONG KONG, April 8 (Xinhua) -- China's Hong Kong announced Wednesday a basket of relief measures worth 137.5 billion Hong Kong dollars in total (17.74 billion U.S. dollars) to prop up businesses and residents struggling amid the COVID-19 epidemic.
As a key part of the package, the government will allocate 80 billion Hong Kong dollars pay up to half of the wages of workers from coronavirus-hit sectors for six months, capped at 9,000 Hong Kong dollars for every beneficiary each month, Carrie Lam, chief executive of China's Hong Kong Special Administrative Region, said at a press conference.
The program will benefit about 1.5 million workers across Hong Kong, with the first batch to be distributed as early as in June in a two-phase arrangement. Besides, 215,000 self-employed people will be granted one-off subsidies.
Lam described the relief efforts as "unprecedented" with the goal to prevent possible massive bankruptcies and lay-offs triggered by the epidemic. Hong Kong's jobless rate increased to 3.7 percent, the highest level in more than nine years, in a three-month period ending February.
Industries left out in the first round of government relief unveiled in February were also highlighted in Wednesday' schemes, as altogether 16 items of reliefs worth 21 billion Hong Kong dollars will cover sectors including aviation and tourism, as well as workers from coaches to property agents.
The government will improve its guarantee program for loans to small and medium-sized enterprises, with the total guarantee amount increasing to 183 billion Hong Kong dollars.
Efforts will be taken to create more jobs. Lam promised 30,000 time-limited jobs in both public and private sectors in the next two years, saying the government will recruit 10,000 more civil servants in 2020-21 year and launch 5,000 short-term youth internships.
To further relieve the burden on businesses and residents amid economic hardships, the relief package also included a cut in metro fees for six months starting in July, lowered rent of government-owned properties, extended reduction in water use and sewage costs, deferment of personal income tax payment and interest-free student loan repayment, and exemption of registration fees of medical staff.
The chief executive and other principal officials of the government will cut 10 percent of the salaries in the next 12 months to show the resolution of overcoming the difficult time together with Hong Kong residents, Lam said.