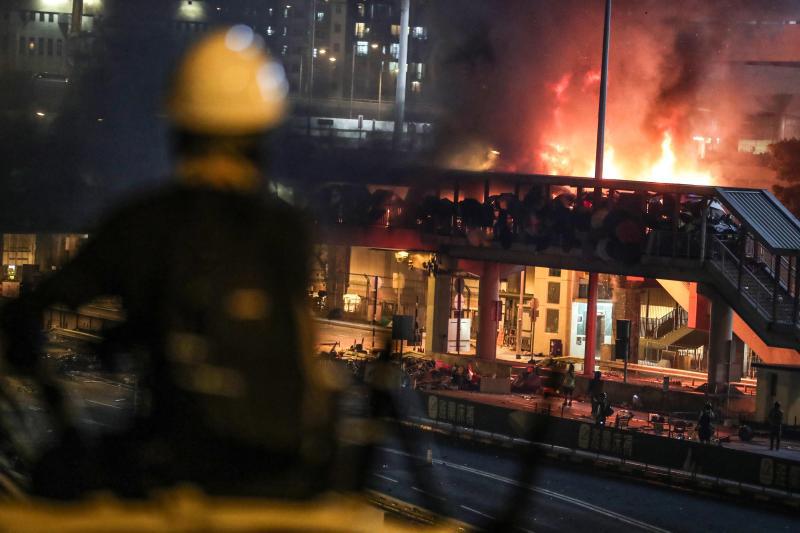 The Cross-Harbor Tunnel in Hong Kong was reopened on Wednesday morning at 5:00 a.m. local time after being closed for two weeks due to severe damage caused by radical protesters, local media reported.

Matthew Cheung, chief secretary for administration of China's Hong Kong Special Administrative Region (HKSAR), said on Tuesday that over 800 employees worked day and night for 100 hours to restore the tunnel.

The tunnel, an important link connecting the city between Kowloon and Hong Kong Island, was closed on November 13 after protests.

The Hung Hom entrance of the tunnel, near the Hong Kong Polytechnic University, was severely damaged when protesters threw petrol bombs that destroyed toll booths and set a footbridge ablaze.

Cheung said that the violence had left the tunnel looking like a "war zone" and appealed to restore peace and stop violence, adding that "destruction is easy but construction is hard."