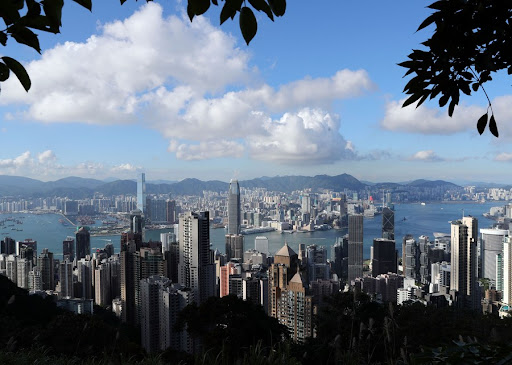 The value of goods exports last month increased by 26.9 percent year-on-year, slightly slower from the 33-percent growth in June, the Census and Statistics Department of the Hong Kong Special Administrative Region government said in a report.

The value of goods imports went up by 26.1 percent in July after a 31.9-percent increase in the previous month.

For the first seven months as a whole, total goods trade value amounted to nearly 5.62 trillion Hong Kong dollars (about 722 billion U.S. dollars), surpassing the high level in the same period in 2018 by 13.1 percent.

A government spokesman attributed the trade growth to the continued revival of global demand.

Exports to the mainland, the United States and the European Union countries all increased markedly, and those to many other Asian markets also saw visible expansions, he said.

Looking ahead, the spokesman said the global economic recovery should remain supportive to Hong Kong's export performance in the near term but still warned of the resurgence of the COVID-19 pandemic in many economies due to the spread of the Delta variant. Enditem