Hong Kong's exports slow in September but still robust, fueled by surging demand in the mainland

Hong Kong's exports continued to recover in September but at a slower speed, according to trade data released on Tuesday. 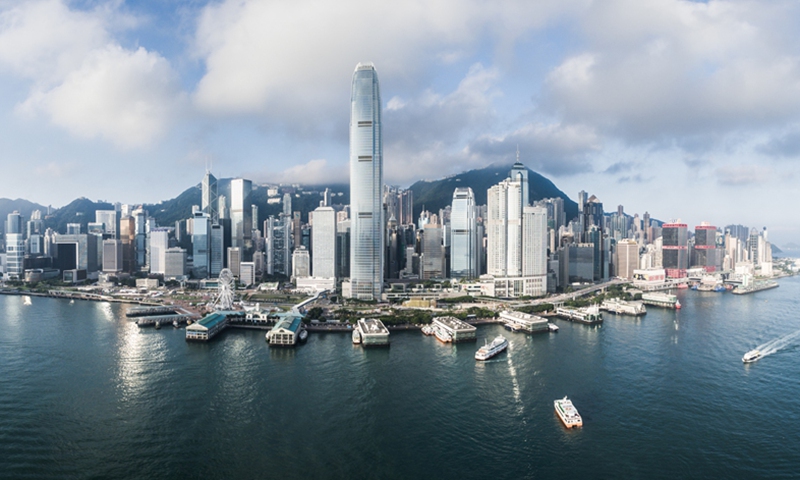 Experts said that the boost in the city's exports had been partly a result of surging demand from the mainland and certain overseas regions. However, pressure still weighed, like measures introduced amid the coronavirus pandemic and the China-US trade disputes.

Hong Kong exported 441.8 billion yuan ($69.3 billion) worth of goods in September, up 16.5 percent on a yearly basis. The growth has slowed down from 25.9 percent yearly growth in August, according to data released by the authorities of the Hong Kong Special Administration Region (HKSAR) on Tuesday.

The growth has been "steady" but "unevenly distributed", experts said, as the HKSAR’s trade rebounded with different pace in different regions. The mainland market delivered some momentum to Hong Kong's exports with a surge of 28.9 percent on a yearly basis in the first nine months this year.

Better still, Hong Kong's exports to UK and India surged by 90 percent and 30.7 percent, respectively, during the period.

Bai Ming, Deputy Director of the International Market Research Institute at the Chinese Academy of International Trade and Economic Cooperation, a think tank under the Ministry of Commerce, said that the growth of Hong Kong's exports has been "resonating" with the mainland's exports performance, which has only displayed a similar trend of slowing growth.

"The recovering vigor of Hong Kong's economy is not only a result of the National Security Law, which ensures Hong Kong's stability, but is also because of the stability of the mainland's industries, as a large part of the SAR’s trade is done as intermediary between mainland and overseas markets," Bai told the Global Times.

"On one hand, the recovering mainland economy will lend some support to Hong Kong's exports in the near term. But the pandemic resurgence in certain developed countries will bring uncertainties to their economic prospects while geopolitical tensions like China-US relations and UK-EU trade talks also cast some uncertainties over HK's trade future," Yeung told the Global Times.

The Chief Executive of the HKSAR, Carrie Lam, recently said that Hong Kong has never eased in efforts to resume customs clearance with the mainland and that the HKSAR has submitted a proposal to the mainland government to make Hong Kong's pandemic prevention measures more consistent with the mainland's, according to a report by media outlet zaobao.com.

Yeung said that Hong Kong's logistics has been increasingly "marginalized" as a result of the growing efficiency of the mainland customs and resuming a free flow between Hong Kong and mainland will help the HKSAR cooperate with neighboring mainland regions like Shenzhen, to increase exports, and improve warehouse facilities.