Hong Kong's exports up 9.1% in September 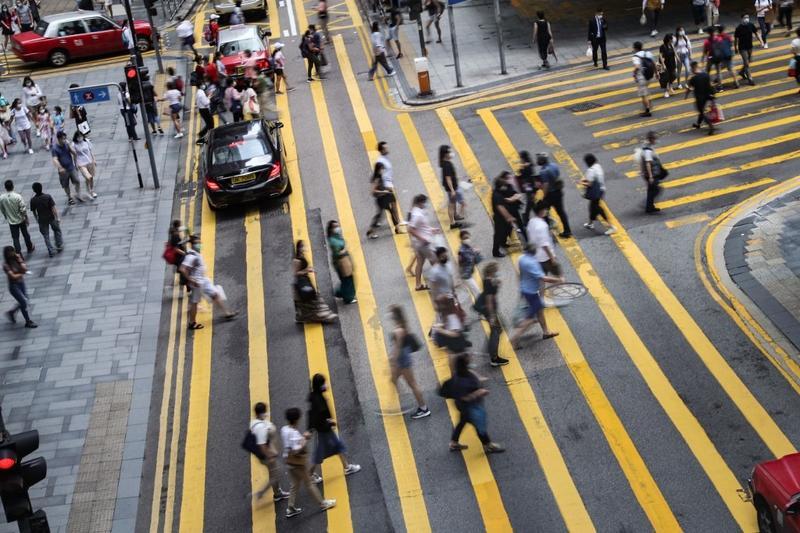 People cross a road in the Central district in Hong Kong on September 27, 2020. (Photo: agencies)

The value of goods imports rose 3.4 percent to 392 billion Hong Kong dollars year-on-year in the same month, according to the Census and Statistics Department of the HKSAR government.

A trade deficit of HK$12.7 billion, or 3.2 percent of the value of imports, was recorded for the period.

Comparing the third quarter this year with the preceding quarter on a seasonally adjusted basis, the value of exports rose 4.4 percent while that of imports increased by 3.6 percent.