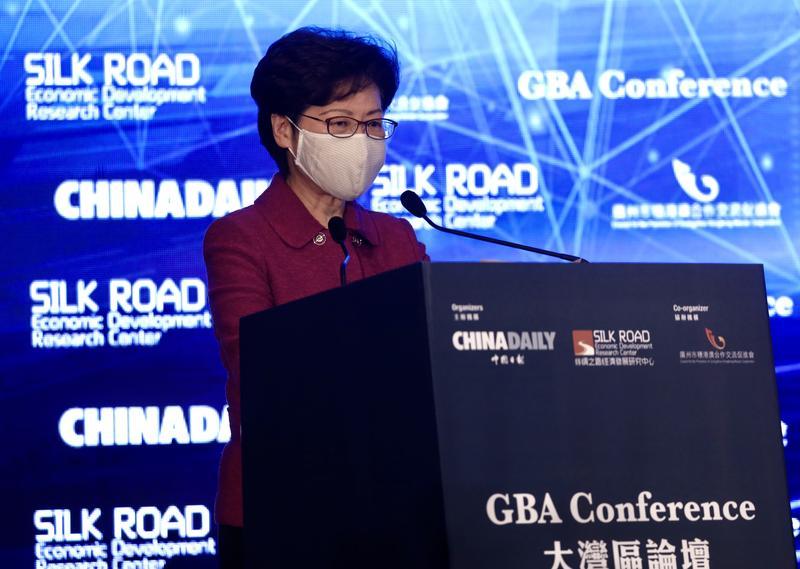 To prepare the way forward for Hong Kong in the Greater Bay Area, three parts to this preparation should be done, including policy research, public messaging and community engagement, said Leung Chun-ying, vice chairman of the National Committee of the Chinese People's Political Consultative Conference (CPPCC).

The HKSAR government will give priorities to innovation and technology, and support young people, she said.

The conference, organized by China Daily, an English newspaper, and the Silk Road Economic Development Research Center, attracted over 400 people, including government officials, business leaders and academics both online and offline to share their views on Hong Kong's future.

Hong Kong should seize the opportunity to cultivate fintech and provide convenience for technology companies in the financial market, such as developing financial products and introducing international investment to fintech companies, Hong Kong's former secretary for financial services and the treasury Chan Ka-keung said.

Witman Hung, principal liaison officer for Hong Kong at the Shenzhen Qianhai Authority, said Hong Kong should integrate its economy into the country's new "dual circulation" development pattern, strengthen ties with the mainland, cooperate with the Greater Bay Area cities including Shenzhen, and serve the country's great development together.