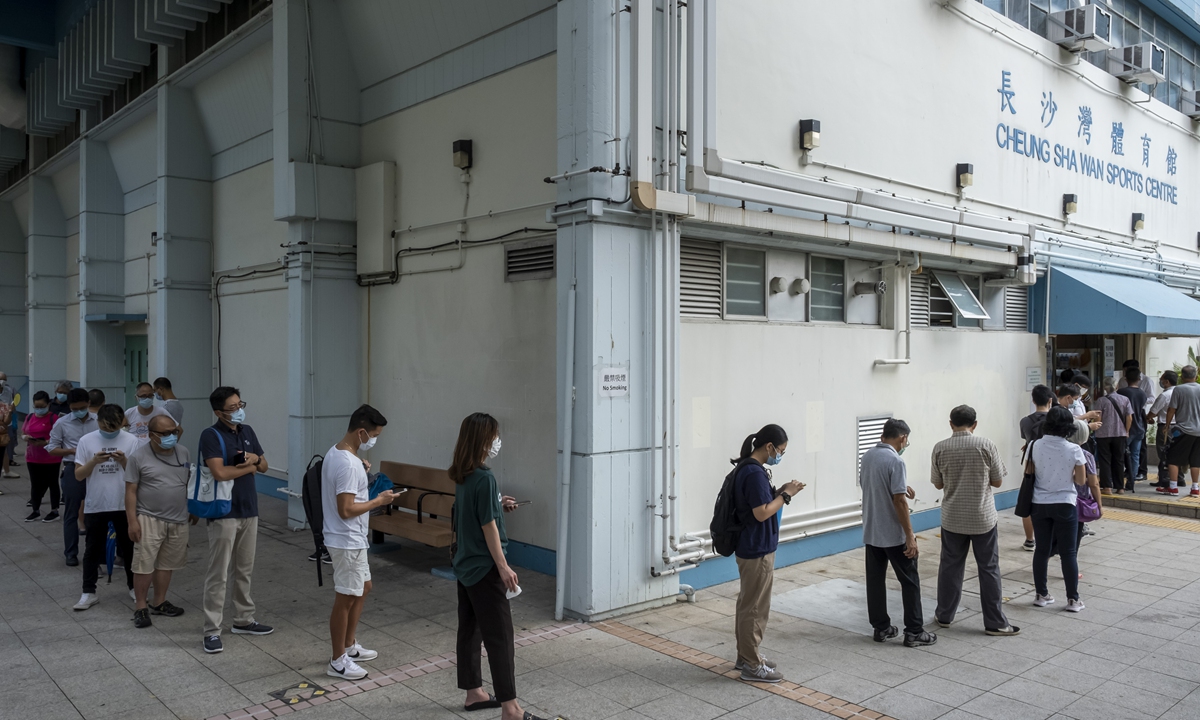 Residents in Hong Kong participate in the coronavirus universal community testing program on Tuesday. About 580,000 people have signed up for the testing online so far. (Photo: VCG)

At a press briefing on Sunday afternoon, Hong Kong's Center for Health Protection (CHP) reported six imported cases and 15 local ones, bringing the tally of confirmed cases to 4,878.

Among the local cases, eight were related to previously confirmed cases, and the infection sources of the other seven remained unknown, said Chuang Shuk-kwan, head of the CHP's Communicable Disease Branch, adding that five cases were discovered through the UCTP.

According to Hong Kong's Hospital Authority, 224 patients are still hospitalized, including 22 in critical condition. The number of related deaths climbed to 94.

Secretary for the Civil Service Patrick Nip said the program would help to understand the infection situation and the number of asymptomatic cases in the community, providing useful data and information for epidemic control that paves way for normalizing social and economic activities in the future.

Secretary for Food and Health Sophia Chan said another over 100 members of the mainland nucleic acid testing team arrived in Hong Kong Saturday to boost the testing capacity, bringing the total number of the team members to about 570.