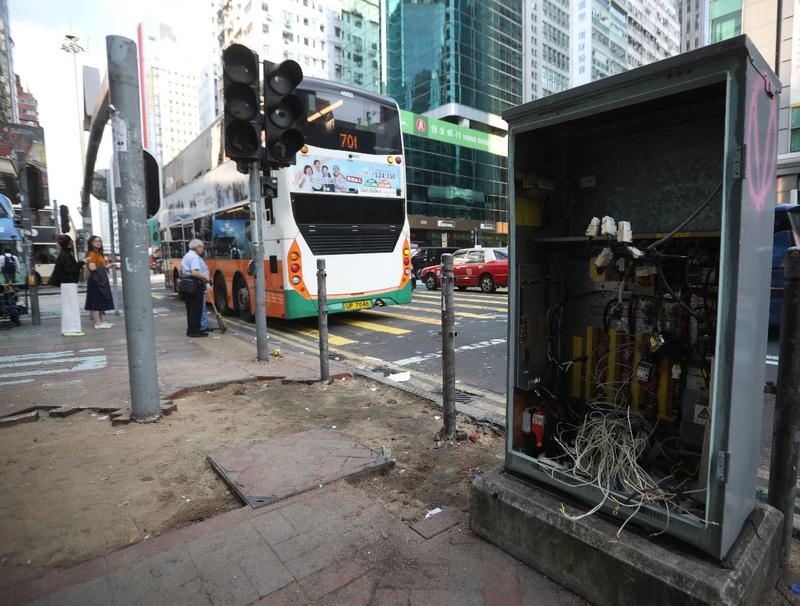 Lam said more than 5,000 lamps and 100 controllers have been replaced for those traffic lights and the number of parts used would be adequate for 10 years under normal situations.

During the social unrest, which has persisted for more than six months, wanton vandalism by rioters on transport facilities gravely affected people's commutes, Lam said at a visit to the Electrical and Mechanical Services Department and the Transport Department of the HKSAR government.

Since June, approximately 750 sets of signalized junctions across Hong Kong have been vandalized more than 1,400 times. As of Monday, all damaged traffic lights have resumed operation thanks to the hard efforts of repair workers.