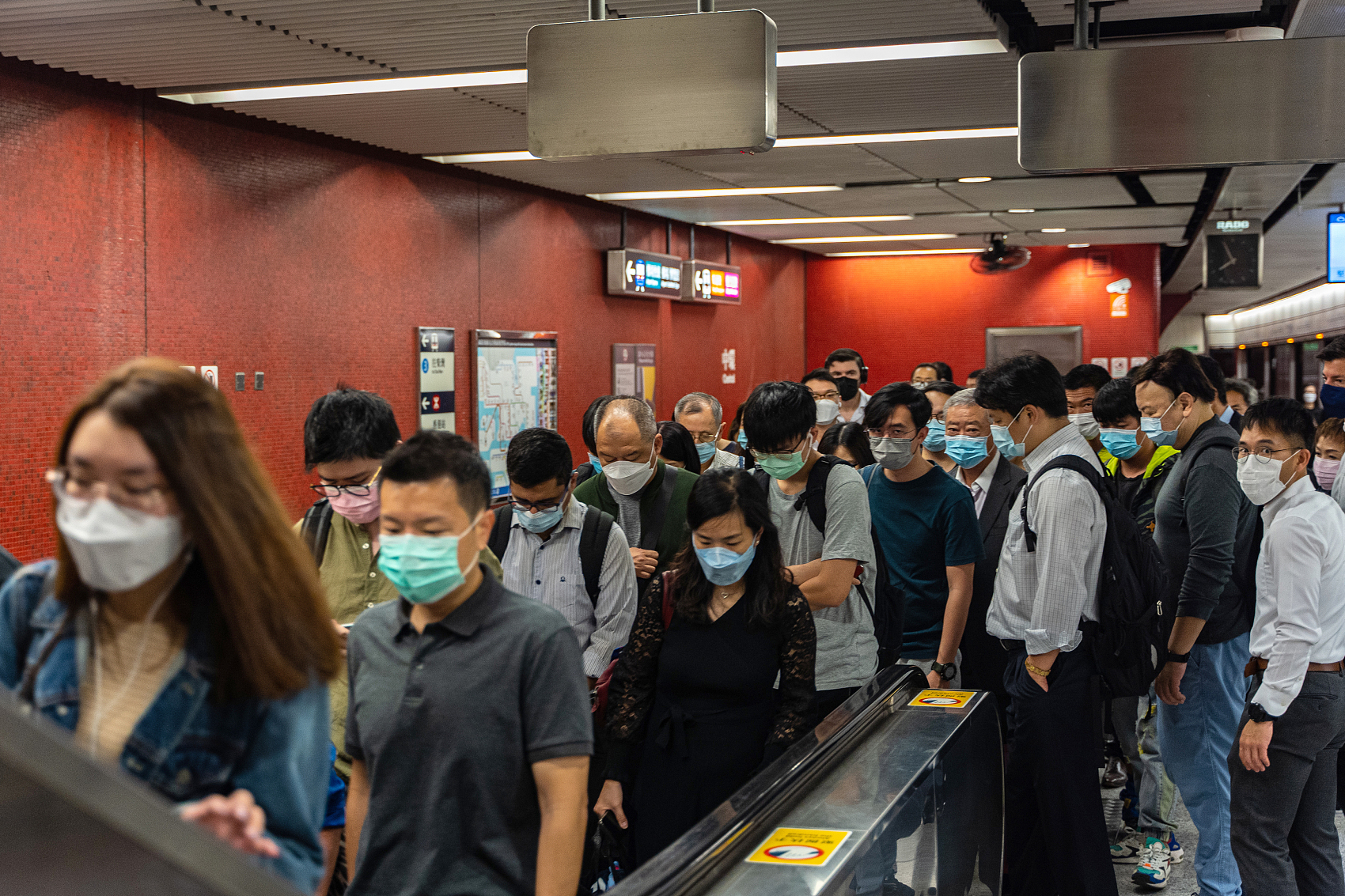 Hong Kong's Center for Health Protection reported 80 additional confirmed cases of COVID-19 on Tuesday, refreshing the record in more than three months. The origins of 10 cases were unclear out of the 69 local infections, and patients related to a dancing cluster climbed to 187.

A series of entertainment venues from bars to party rooms and night clubs will be closed for seven days starting Thursday and the number of attendees of a banquet will be limited to 40, Sophia Chan, Secretary for Food and Health of the Hong Kong Special Administrative Region government, said Tuesday at a press conference.

Live performance and dancing will be banned in all eateries and the number of occupants in a hotel room will also be capped, Chan said.

The tougher policies came after unprotected, indoor activities had boosted local infections with an increasing number of patients of unknown sources.

To stop the coronavirus spread, the government has launched compulsory testing for people who visited high-risk places. Chan said 50 preliminary cases have been found out of some 2,800 people taking the tests.

According to Hong Kong's Hospital Authority, 290 patients are still being treated in hospitals, including seven in critical condition.

To relieve the pressure on public hospitals, the community treatment facility at the AsiaWorld-Expo will resume operation on Wednesday, mainly to admit patients who are relatively young, with mild symptoms and are able to live independently, as well as those tested positive preliminarily.