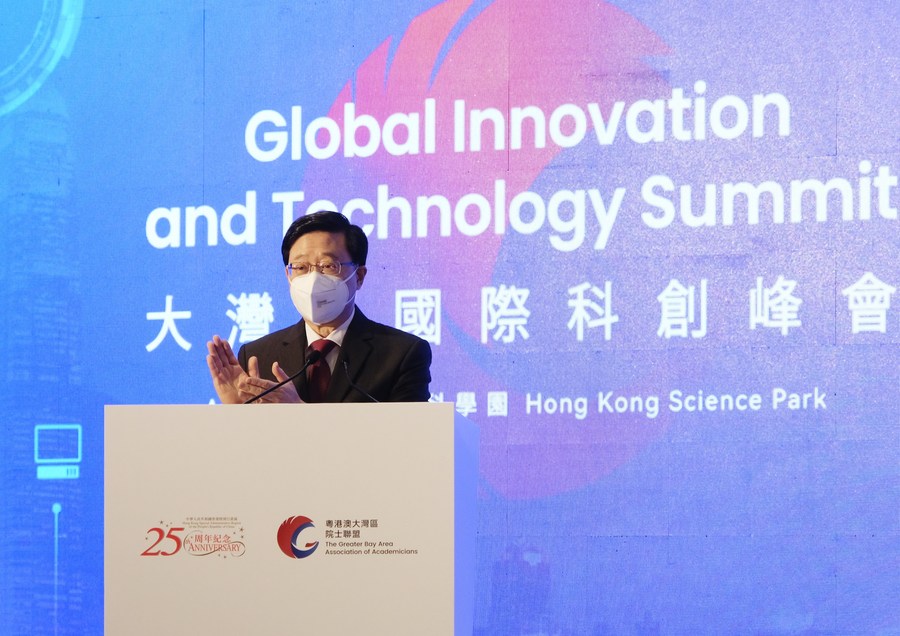 Chief Executive of the Hong Kong Special Administrative Region (HKSAR) John Lee on Thursday pledged efforts to create a new chapter for the development of innovation and technology in the Guangdong-Hong Kong-Macao Greater Bay Area (GBA).

He said measures to gear up Hong Kong's innovation and technology development will be proposed in his policy address, which is expected to be delivered on Oct. 19 this year.

Chinese Minister of Science and Technology Wang Zhigang said in his video speech at the forum that the ministry will continue to support the building of an international innovation and technology hub in the GBA, and further open up national sci-tech programs to Hong Kong and Macao through inter-departmental efforts.