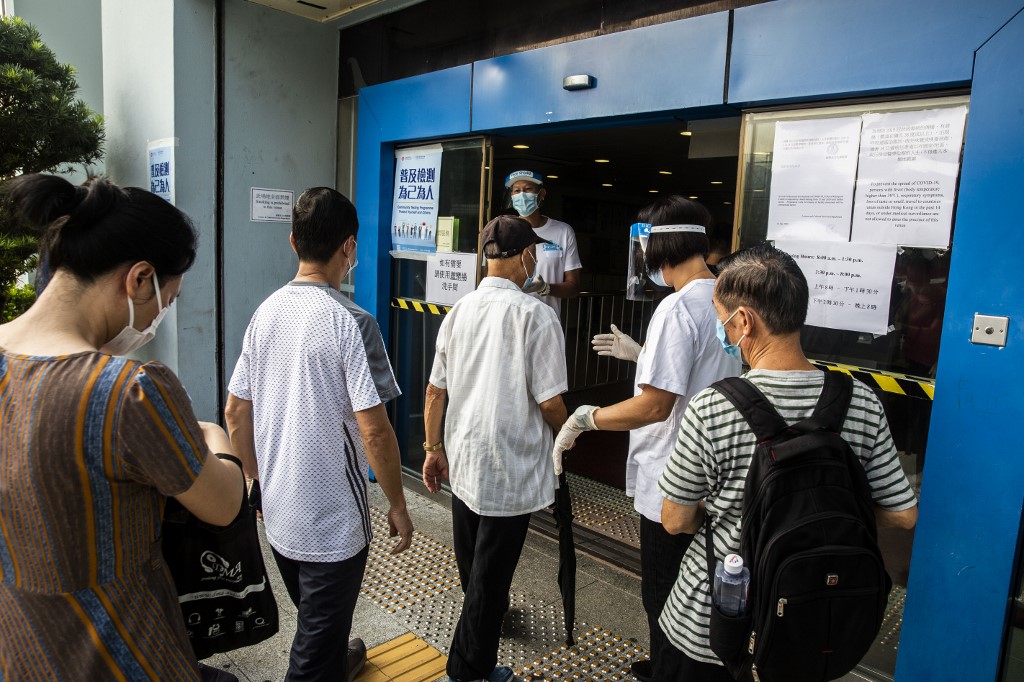 People wait in a queue at a COVID-19 coronavirus testing centre in Hong Kong on September 1, 2020. (Photo: AFP)

Restrictions over restaurants will be relaxed with dining-in services allowed till midnight and entertainment venues from bars and karaoke lounges to amusement parks can resume operation, according to a press conference of the Hong Kong Special Administrative Region (HKSAR) government Tuesday afternoon.

Secretary for Food and Health Sophia Chan announced the relaxation as no local infections were reported Tuesday, except for four imported cases.

The COVID-19 epidemic has shown signs of abating in Hong Kong thanks to effective anti-epidemic measures taken by the HKSAR government, including a two-week-long mass testing program ending on Monday.

Under the Universal Community Testing Program, about 1.78 million Hong Kong residents have gotten tested and 42 COVID-19 patients have been identified, which, Chan said, has been satisfactory.

The program not only helped find asymptomatic virus carriers and break transmission chains but will facilitate the analysis of Hong Kong's epidemic situation and be conducive to anti-epidemic work in the next step, Chan said.

During the press conference, HKSAR Chief Executive Carrie Lam said the latest signs showed the epidemic has been taken under control but still called on the public to keep their guard up.

Despite the further loosening, the government will continue to keep a ban on group gatherings of more than four people and the mandatory mask-wearing rule in public areas. Enditem