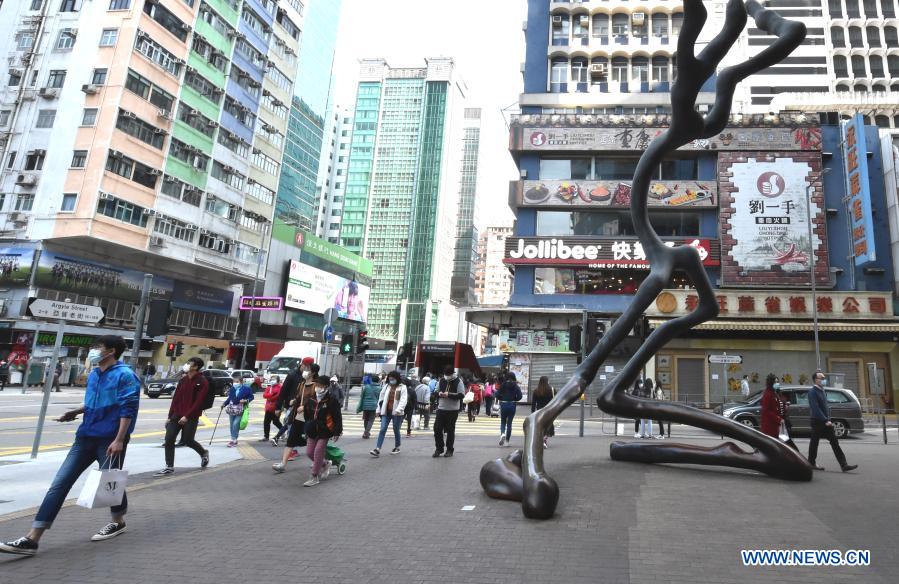 Sophia Chan, Secretary for Food and Health of the Hong Kong Special Administrative Region government, announced the decision at a press conference on Tuesday afternoon.

A variety of places including gyms, beauty parlors, museums and cinemas can resume operation, and eateries can also extend dine-in services to 10:00 p.m. with the cap on diners per table raised from two to four, Chan said.

Chan said the government also seeks to relax the restriction on group gatherings from no more than two people to four if the epidemic situation continues to ease.

Eight new infections were reported by Hong Kong's Center for Health Protection on Tuesday, dropping further from nine cases on Monday and marking the lowest level in about three months.

To fend off the risk of a resurgence of infections, additional anti-epidemic measures will be placed to eateries and entertainment venues involved, including virus tests for their staff every two weeks and customers are required to use the LeaveHomeSafe app or register personal information to get in.

Some indoor premises such as party rooms, night clubs and karaoke lounges will continue to be closed.