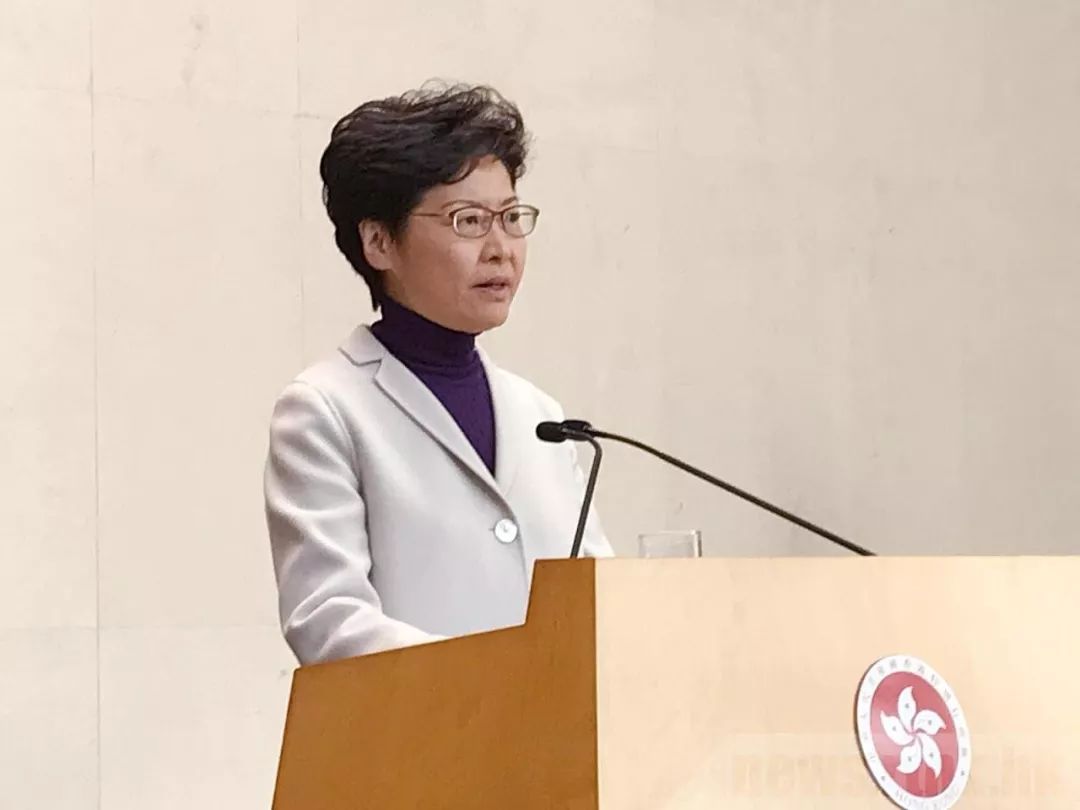 As multiple data have revealed a grim economic circumstance, the HKSAR government will closely monitor the situation and carry out new relief measures, Lam told a press conference.

Despite possible fiscal deficits in the coming one or two years, it is high time the HKSAR government made full use of the wealth and surplus accumulated in the past to relieve the burden on residents, Lam said.

The HKSAR government has allocated about 20 billion Hong Kong dollars (2.55 billion U.S. dollars) in total since August to bolster the economy.

The prolonged social unrest has bitten into the economy. The GDP dropped 2.9 percent year on year in the third quarter. Retail sales in October slumped 24.3 percent from a year ago, the largest decline on record. The jobless rate spiked to 3.1 percent and will likely rise further.

Lam said she hopes violent incidents will stop as soon as possible to give the economy a chance to recover.

Multiple districts in Kowloon descended again into chaos over the weekend as rioters hijacked public events and resorted to destructive acts like building barricades on roads, setting fires and vandalizing public facilities.