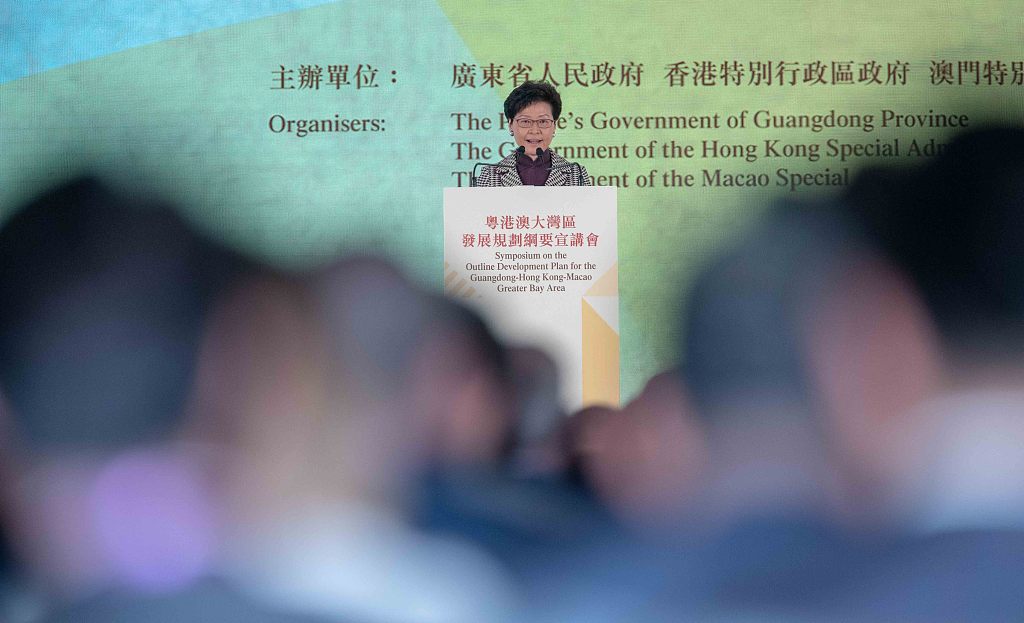 HONG KONG, Feb. 22 (Xinhua) -- The Hong Kong Special Administrative Region (HKSAR) will give full play to its advantages and seek complementary and mutually beneficial cooperation on innovation and technology in the development of the Guangdong-Hong Kong-Macao Greater Bay Area, an official of the HKSAR government said in a recent interview with Xinhua.

The Guangdong-Hong Kong-Macao Greater Bay Area aims at building a globally influential international innovation and technology hub, and Hong Kong's role should be "capitalizing its strengths to serve the country's needs," the HKSAR government's Secretary for Innovation and Technology Nicholas Yang said Tuesday, one day after China unveiled an outline development plan for the Greater Bay Area.

To build an international innovation and technology hub, Hong Kong has multiple advantages due to its world-class universities, high international recognition and relatively low financing cost, according to Yang.

Home to four of the world's top 100 universities, Hong Kong is well recognized for its basic scientific research, he said, adding that the newly unveiled outline development plan may encourage other elite universities around the globe to upgrade cooperation with Hong Kong.

Despite its strength in basic scientific research, Hong Kong, an economy with limited market scale, has to rely on the much bigger market in the Greater Bay Area to bring its advantages into full play, Yang said.

The Greater Bay Area, consisting of nine cities of Guangdong Province and the Hong Kong and Macao SARs, covers a total area of 56,000 square kilometers with a combined population of approximately 70 million.

"The Greater Bay Area, which has plenty of lands and a large market, means a great opportunity for Hong Kong. By closely collaborating with cities in the area, Hong Kong can build up a more complete industrial chain for innovation and technology," Yang said.

At the same time, cities of the mainland can take advantage of Hong Kong's high-level internationalization in the cooperation, he said, adding that "such complementary cooperation will lead to a win-win situation."

Yang stressed that pushing forward innovation and technology industry will not only promote the economic development in the Greater Bay Area, but also bring convenience to people's lives.