Hong Kong to shut all schools on Thursday amid deadly violence 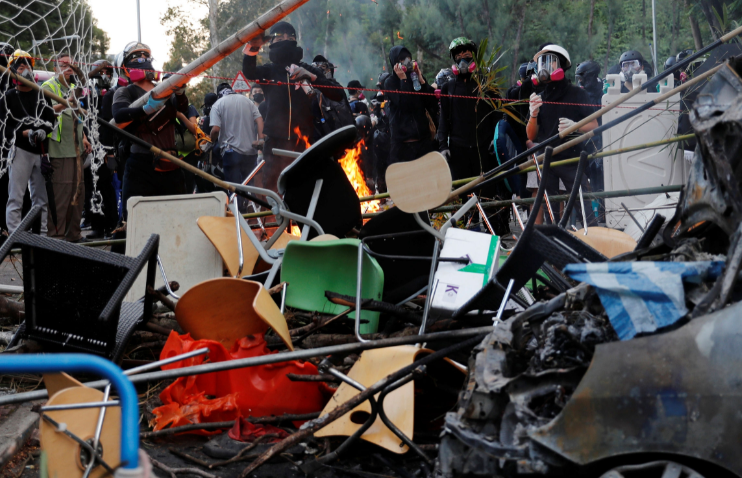 All schools in Hong Kong will suspend classes Thursday for safety reasons, the Education Bureau of the Hong Kong Special Administrative Region (HKSAR) government said on Wednesday in a statement, after violent protesters turned major university campuses in the city into battlefields.
"The safety of students is our priority," the bureau said in the statement and strongly condemned unlawful acts to endanger students.

The bureau urged rioters to stop the violence immediately and said some teachers had passed the buck to police, which is not in accordance with the guidance of professional educators.

The bureau also urged that students "must not wander on the streets or go to potentially dangerous places, and should never participate in unlawful activities."

Tensions have escalated over the past few days as rioters called for general stirkes and attempted to paralyze traffic in Hong Kong by trashing transport facilities and obstructing roads, which has seriously affected commuters and traffic.

Roads at as many as 50 locations were damaged or obstructed and over 160 traffic lights smashed, said the police. Rioters threw objects such as petrol bombs and bicycles on subway tracks and punctured tires of buses, trying to bring traffic to a standstill.

Standoffs and clashes between rioters and police have occurred this week at major university campuses across the city. Police said such violence has reached a deadly level, posing a serious threat to police officers and everyone at the scene.

HKSAR Chief Executive Carrie Lam earlier on Tuesday said protesters were being "extremely selfish" and urged teachers and students not to engage in political activities at schools.

Chinese Foreign Ministry spokesperson Geng Shuang on Tuesday reiterated Beijing's support for the SAR government in exercising its power under the Basic Law and added that the police action was in accordance with the law as it was made to "protect personal and other residents' safety."