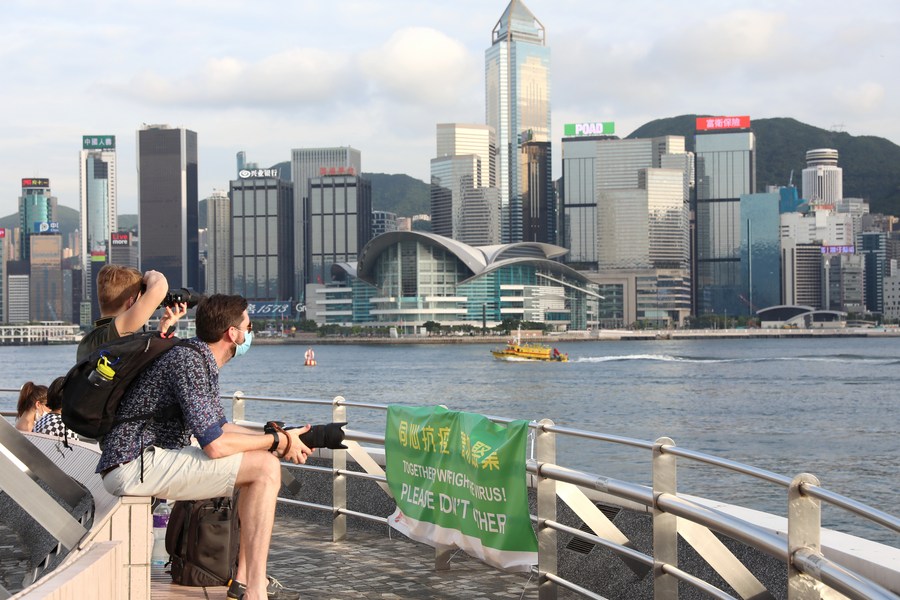 HONG KONG, Sept. 15 (Xinhua) -- Hong Kong announced Tuesday its third round of anti-epidemic fund worth about 24 billion Hong Kong dollars (3.1 billion U.S. dollars) in the latest effort to fight COVID-19 and bail out an economy reeling from the epidemic.

The fund was unveiled at a press conference of the Hong Kong Special Administrative Region (HKSAR) government on Tuesday afternoon.

Besides, the rental of government-owned properties will be reduced and 27 types of government fees will be exempted as part of relief measures to help cash-starved individuals, which is equivalent to about 5 billion Hong Kong dollars.

Taking into account the new measures, the HKSAR government has appropriated anti-epidemic funds of more than 300 billion Hong Kong dollars this year to help businesses and residents weather out the hardship caused by the epidemic.