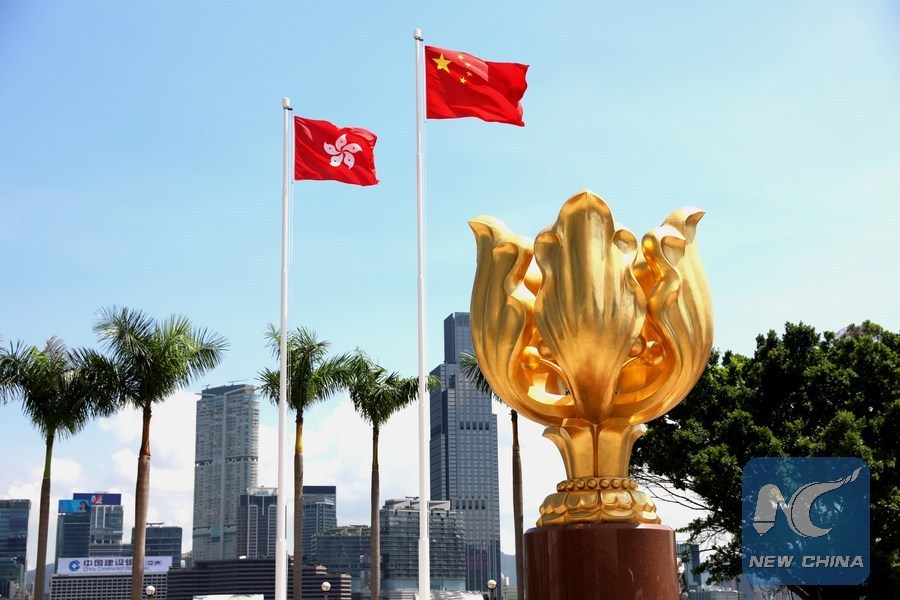 According to the report released Wednesday, the IMF pointed out that rigorous stress tests showed that Hong Kong's financial system remains resilient in extreme stress scenarios.

Hong Kong's macroeconomic and prudential policies have provided it with important buffers to cope with the current economic slowdown and future shocks, and its Linked Exchange Rate System has continued to support financial stability, the report said.

Robust regulatory and supervisory policy frameworks are also in place to support the development of the financial sector, and the institutional framework for systemic risk monitoring and oversight is well established, according to the report.

The IMF acknowledged that Hong Kong is a major international financial center with one of the largest financial sectors in the world.

The report cited assets in Hong Kong's banking system equivalent to around 9.5 times its gross domestic product (GDP), wealth under management amounting to 10 times its GDP in 2019, one of the world's largest stock exchanges, a life insurance sector also amongst the world's largest, and the largest foreign exchange swap market in Asia.

Financial Secretary of the HKSAR government Paul Chan said that the government welcomes the IMF report.

"The positive appraisal of our financial system is a clear recognition of the government's long-standing efforts to safeguard financial stability," he said.

Chan vowed continued efforts to reinforce Hong Kong's core strengths, give full play to its unique advantages and identify new areas of growth to ensure the long-term competitiveness and prosperity of Hong Kong.

The IMF Mission visited Hong Kong in September 2019 and conducted a virtual mission in February and March 2021 for discussions with government authorities, financial regulators and market players. The report was considered and adopted by the IMF Executive Board on May 21 this year.