CHINA Hong Kong will only 'change for the better': business magnate

Hong Kong will only 'change for the better': business magnate 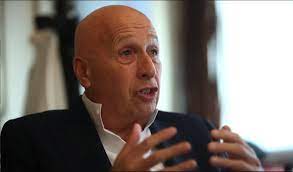 HONG KONG, May 31 (Xinhua) -- Business magnate Allan Zeman on Monday voiced his optimism about Hong Kong's prospects despite disturbances over the past years, stressing that Hong Kong will only "change for the better."

With "patriots administering Hong Kong," the global financial hub will get stronger and stronger under "one country, two systems," Zeman, founder of Lan Kwai Fong Group and an entrepreneurial icon of Hong Kong, said at a forum here. "I can tell you that is the future for Hong Kong."

His remarks came in response to the reappearing pessimism during the recent years when Hong Kong took the double blows from social unrest and COVID-19.

Having made his name as a prominent businessman, Zeman, in his early 70s, said Hong Kong has gone through difficult times over the past decades, including the transitional period around its return to the motherland in 1997, Asian and global financial crises, and months of violent incidents in 2019.

"It totally is able to reinvent itself and that's always been the beauty of Hong Kong," he said.

While some business groups alleged that foreign firms are leaving the financial and commercial center, Zeman said such statements are not in line with facts.

Businesses and people will continue to come to Hong Kong as it will remain as the super-connector between the rest of the world and the Guangdong-Hong Kong-Macao Greater Bay Area, as well as the whole country, he said.

There is a great future for everybody in Hong Kong, Zeman added.