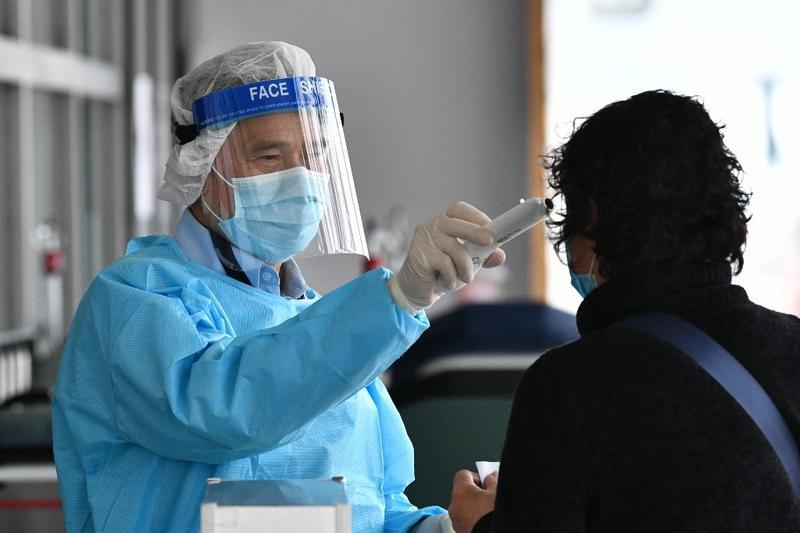 A medical worker wearing protective gear takes the temperature of a woman as she enters Princess Margaret Hospital in Hong Kong on Feb 4, 2020. (Photo: AFP)

HONG KONG - Hospital Authority chairman Henry Fan Hung-ling said he would ask the government for additional support -- including subsidies -- to frontline medical staff who remain in their posts to fight the novel coronavirus epidemic in Hong Kong.

The health and safety of frontline medical staff is a top priority as local transmission of the disease has been confirmed, Fan wrote in his blog on Wednesday. He said protective gears, rental subsidies for temporary lodging and psychological support have been provided for hospital staff in need.

Fan's remarks came as around 5,000 public medical staff, including some 3,000 nurses and doctors, went on a strike since Monday in an attempt to pressure the government to shutdown the border with the mainland to curb the spread of the disease. The strike action has led to an acute manpower shortage at public hospitals, delaying surgeries and other services.

In his blog post, Fan thanked doctors and nurses who have taken on extra workload caused by the strike. He also proposed to relieve staff pressure by cutting some non-emergency services and seeking help from private hospitals.

Fan said that more than 100 private doctors have indicated their intention to help out and some have already started working at public hospitals.

She added that she was "saddened" by the delays in caesarean section operations and inadequate care for newborn babies as a result of the strike.