Hot water revolution: how Chinese tourists are changing the world

Bearing backpacks loaded with thermoses, sipping their steaming-hot refreshments with satisfaction, Chinese tourists' unquenchable thirst for hot water, though odd for many Westerners, is having a huge impact on destinations worldwide, causing a “hot water revolution” in the global tourism industry.

In snow-crested Scandinavia, where chugging ice water is a long-standing habit, several hot water dispensers are being installed in Helsinki Airport to cater to Chinese travelers’ thirst for the throat-scalding beverage.

“We have long traditions in providing services for Chinese, but we want to develop them even further in order to welcome new passengers and make the current ones even happier,” Katja Siberg, SVP Marketing and Communications at Finavia, told People’s Daily Online, who added that the idea of serving hot water was proposed by her Finnish colleagues after they visited airports in China.

Helsinki Airport is not the only transportation hub that attempts to capture the hearts of Chinese tourists by providing them with hot water, and some of its counterparts have pushed the “hot water revolution” even further. In March, an intelligent hot water installation was set up in Schiphol Airport in Amsterdam, where USB heating vacuum cups designed by KLM were distributed to Chinese tourists as Spring Festival gifts. 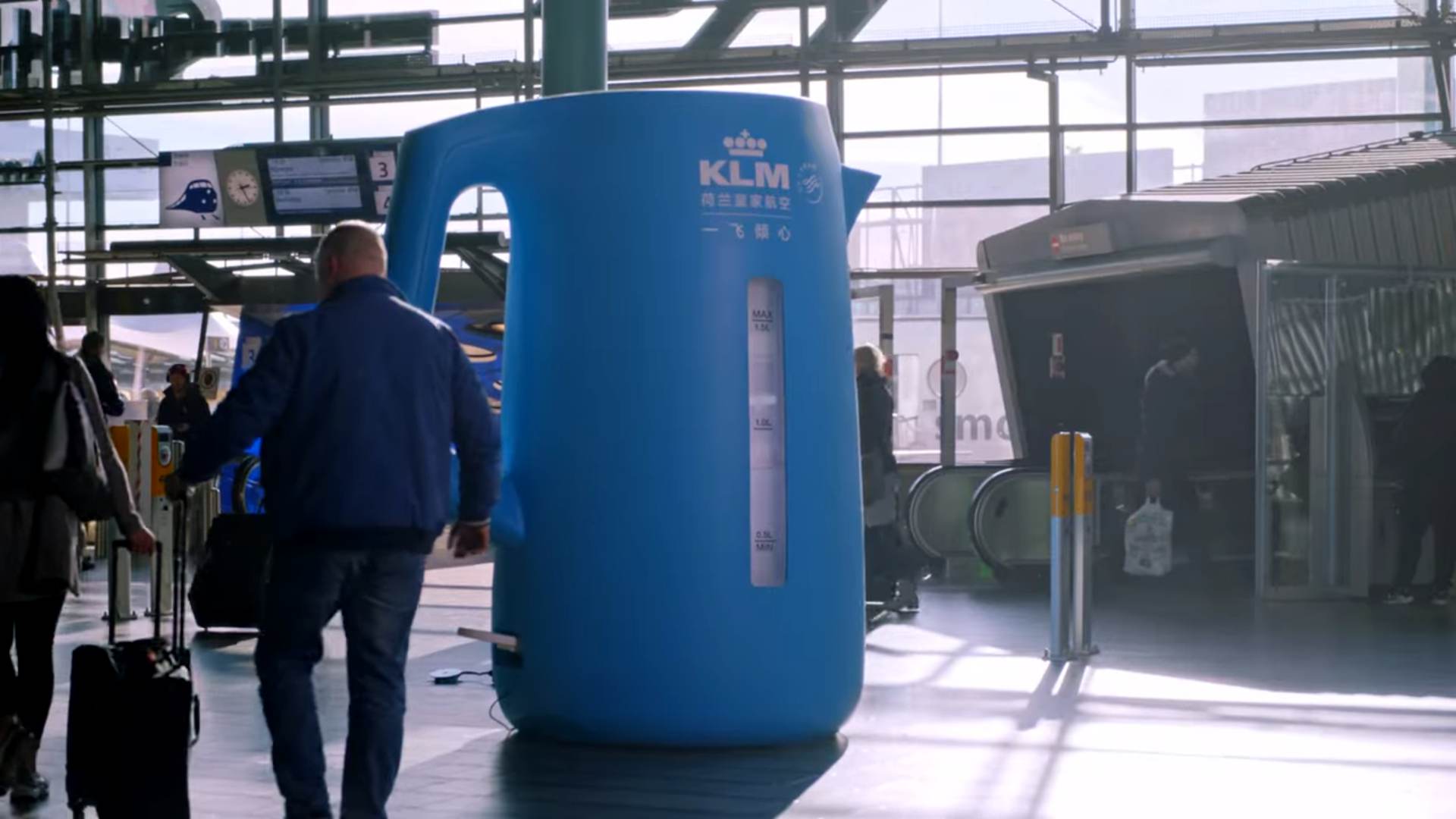 The love of hot water, to some extent, has reshaped the global tourism landscape. Airports around the world, in such places as Rome, Narita and Paris, have already launched a hot water service exclusively for Chinese tourists, making unprecedented change for the world’s largest tourist group.

Heart-warming service provided by foreign tourism destinations and transportation hubs are not only limited to piping hot beverages. In 2017, Finavia invited Ryan Zhu, a Chinese actor, to live in Helsinki Airport for 30 days, as well as posting his experience under the hashtag LIFEINHEL on Sina Weibo, in an effort to better improve its services for Chinese tourists.

The test has intrigued many Chinese people and collected countless opinions from the public. The hashtag LIFEINHEL has garnered over 15.8 million page views on Sina Weibo, with many Chinese netizens sending Finavia suggestions such as setting up more Chinese restaurants and providing better language services.

In response to both Ryan and Chinese netizens' requests, Siberg noted that more Asian kitchens and service staff with proficient language skills will be considered in the airports future construction and development plan.

The hospitality does not stop there. In addition to improving service quality, Chinese culture and traditions are also thoroughly studied by foreign tourism authorities to win the favor of Chinese tourists.

Good service certainly comes at a great price when it comes to the large number of Chinese overseas tourists and their strong purchasing power. According to a report released by China Travel Academy in March, Chinese travelers made 130.5 million overseas trips in 2017, spending more than $115 million, making China the world's largest source of outbound tourism for five years.

“Chinese tourists used to be labeled as rude and uneducated, though foreign destinations would hardly realize that their lack of proper service and understanding of Chinese customs might be responsible for such biased opinion,” Chen noted, adding that this is changing due to China's booming tourism market.

Echoing Chen, Carlos Sentis, head of the Spain-China Project at consulting company Henkuai, told South China Morning Post that global tourism industries should adjust their strategies, learning how to communicate with Chinese tourists the way they did with the British or the Germans.

“We make a big mistake when we think of the Chinese as weird people with completely different customs. We want to make money, but we don't like them, and there is certainly a racist component in that,” he noted.