Nestled between Tianjin and Hebei is an economic development zone of 133 square kilometers that's home to 41,000 people and called Lutai Economic Development Zone. Though little-known outside China, it is fully exposed to external forces, with the repercussions of the trade war deeply felt in the region.

Tangshan Chenyang Sports Equipment is among 14 corporations in the development zone affected by the U.S-China trade war. The manufacturer of folding chairs, sports equipment and dog crates supplies major international retailers, among which are Costco, Home Depot and the Michaels Companies.

In April 2018, the Trump administration slapped a 10 percent tariff on over 50 billion US dollars worth of imports from China. Folding chairs and dog crates, two core products of Chenyang, are on the tariff list. In September, the tariff was further increased to 25 percent and the damage done to the global supply lasts until today. 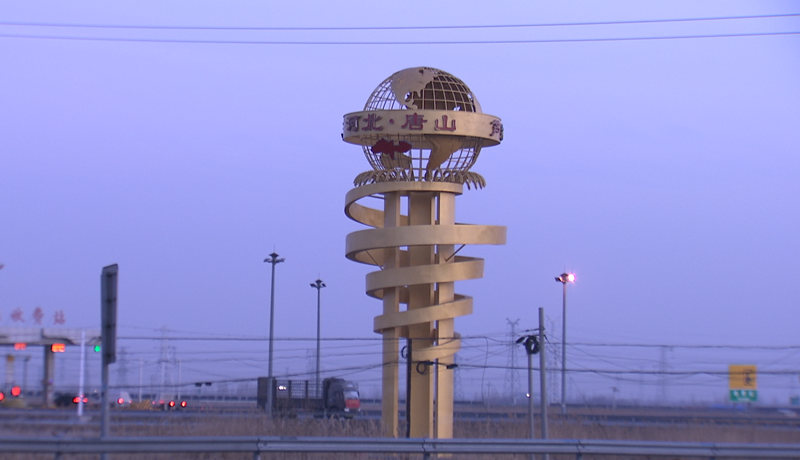 A statue at the entrance of the Lutai Economic Development Zone. /CGTN Photo

"Our clients, the international retailers in this case, offered to shoulder the cost of tariff increase with us, but for fear of losing the orders, we reached out to them and said we would bear the tariff alone," said Chen Qiang, general manager of Tangshan Chenyang Sports Equipment Co. Ltd.

But the gesture of goodwill did not cushion the tariff blow. In 2018, total sales of the company reached 80 million yuan (11 million US dollars). In 2019, it lost around 30 percent of its deals and the sales went down 20 percent.

Foldable dog crates, one of Chenyang's bestselling products which alone account for 30 percent of annual sales, was removed from the tariff list this month. Folding table sets, another top seller from Chenyang and one of the top-rated items at Costco, is still on the 25 percent tariff list, and has seen its orders decline. 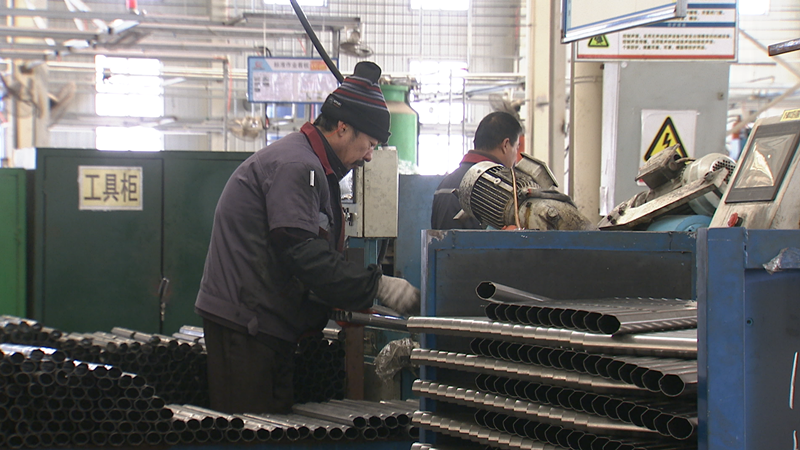 The fate of Tangshan Chenyang Sports Equipment mirrors that of the others in the Lutai Economic Development Zone. It is a sprawling manufacturing hub of 81 companies, with 34 in the export business. About 80 percent are furniture manufacturers.

"Many American clients held a wait-and-see attitude and were not keen on continuing cooperation," said Huang Deli, director of the Lutai Economic Development Zone Commerce Bureau.

When companies in the development zone saw that orders for 2020 had not been secured, they flew representatives from its commerce bureau to the US to meet with middlemen connecting American retailers and Chinese suppliers. Huang said a few big contracts were signed because of their quick response. 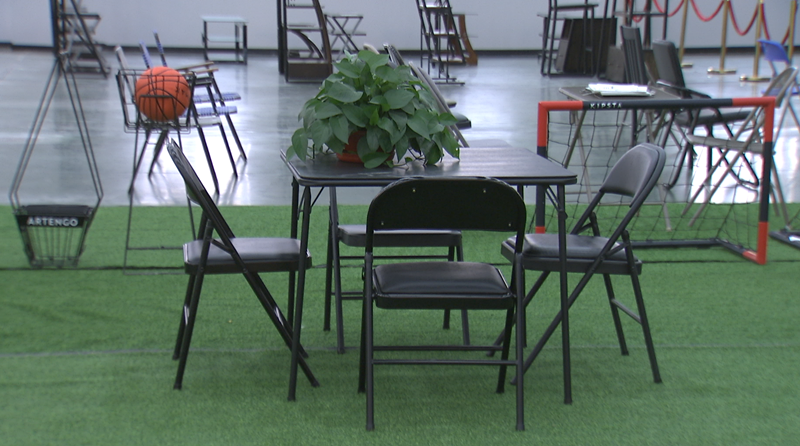 Traditional manufacturing has contributed the most to the fast growth of the Lutai Economic Development Zone and that of many other economic and technological development zones in China.

Thanks to its location, bordering the port city of Tianjin and China's biggest steelmaking city Tangshan, Lutai was China's biggest production base for metal kitchen sets in the 90s. Now wooden furniture, fabric, leather and upholstered furniture are all manufactured here. The furniture industry has become the mainstay of the local businesses, reaching 200 million US dollars in annual export value.

But Chen knew that relying solely on traditional manufacturing for quick cash is not sustainable for his business that started over four years ago. "Since we are in the traditional manufacturing industry and have very little tech know-how, we are deeply vulnerable to the sudden onset of tariffs, and are not as environmentally-friendly as we can be," Chen said. The trade war exposed the urgency of transforming his business model. 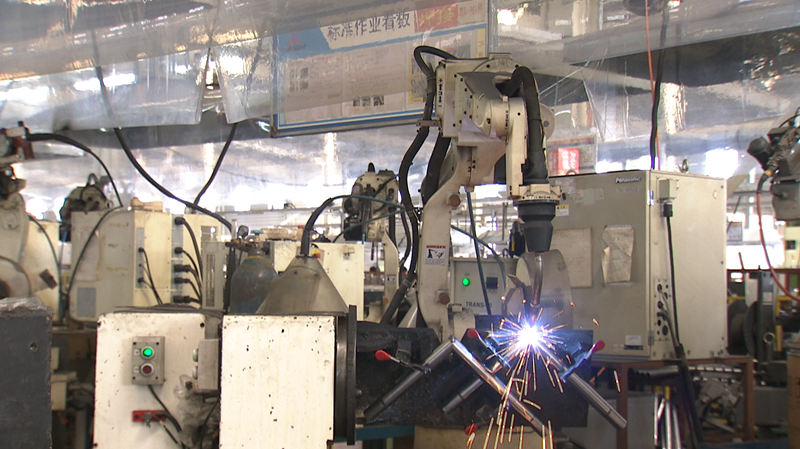 A robotic welder that was recently installed at a factory. /CGTN Photo

Across provinces in China, traditional manufacturers are seeking to revamp their old models. An aging workforce, rising labor costs and a lack of young laborers willing to toil in factories are the more important structural reasons that led to the national push for high-quality development of the manufacturing industry.

At the central economic work conference earlier this month, top policymakers vowed to further promote equipment upgrading and increase long-term financing support of the manufacturing sector. Data from the National Bureau of Statistics showed investment in high-tech manufacturing surged 14.8 percent year on year in the first 11 months of the year, according to Xinhua News.

To help the companies mitigate trade war damage, the commerce bureau of the Lutai Economic Development Zone assisted them in applying for provincial and city-level special funds. In 2018, it helped six companies secure millions of yuan for nine projects in a bid to build up brand recognition and modernize equipment. 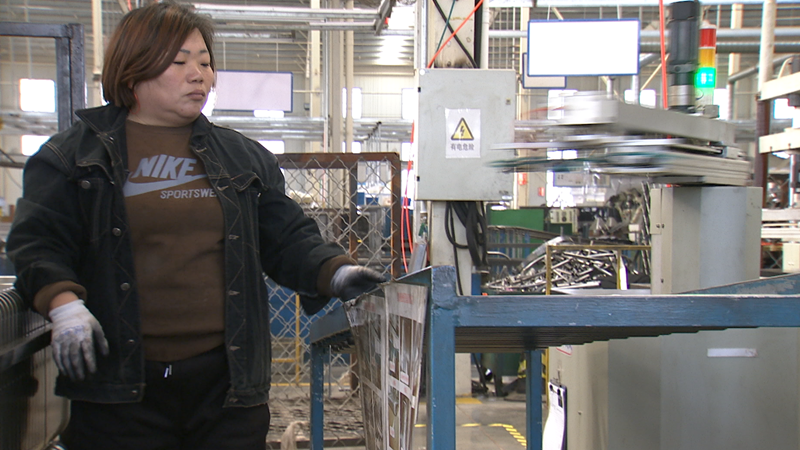 A worker checks the stainless steel panel used for producing chairs at a factory. /CGTN Photo

Chen's Tangshan Chenyang Sports Equipment is one of the recipients of the special funding support. It recently purchased a batch of automation equipment, including welding robots, to save labor costs. At its factory, five welding robots turn from left to right to weld steel panels non-stop. Chen said that with the assistance of automation, one person can now do the work that was done by ten.

In December this year, it opened a research and development center that aims to work on equipment modernization. It also set a goal of launching its own brand in 2021, instead of being a simple manufacturer of American brands.

"Competing amid the trade war is like playing in a single elimination tournament," he said. "Since all companies in the industry are subject to the 25 percent tariff increase, one has to seek an industrial upgrade in order to survive in the game."