CHINA How China is helping women shatter the glass ceiling

How China is helping women shatter the glass ceiling

She is a rarity in an arena where women are routinely underrepresented. According to the UN, among uniformed personnel within the peacekeeping missions, less than five percent are women.

During her time in southern Lebanon, Mao traveled around the country to conduct health examinations for children and the elderly for free. For many, Mao's health checkup was the first in their lives.

The experience strengthened her commitment to serving those in need. In 2015, she was awarded the Lebanese Outstanding Woman Award, in recognition of her contribution to local communities. 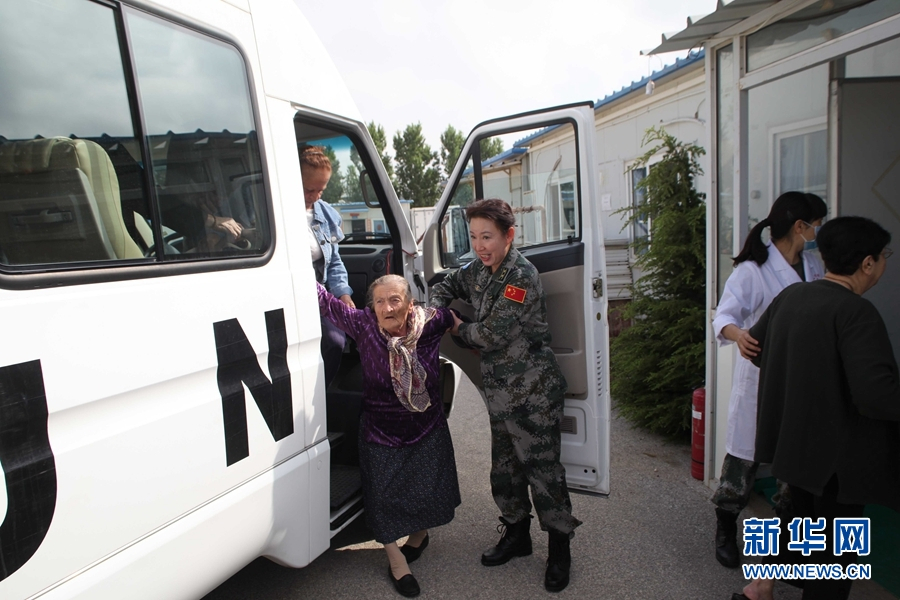 Mao Ping (3rd L) helps an old Lebanese woman get off a UN vehicle to receive treatment in the Chinese peacekeeping hospital in Lebanon. (Photo from Xinhua)

Mao's achievement speaks to the great progress Chinese women have achieved in breaking the glass ceiling. Female representation in the upper echelon of the diplomatic world has always been rare, but it has been on a steady rise.

According to a white paper on the progress of women's cause in the past 70 years since the founding of the People's Republic of China, issued by the State Council Information Office on September 19, around 1,000 women are in China's peacekeeping force.

As of October 2018, female diplomats constitute 33.1 percent of China's diplomatic personnel, with 14 ambassadors, 21 consul-generals and 326 counselors.

The increase in female representation in the diplomatic world is only a microcosm of the larger achievement Chinese women have made over the years. Women in China have had their fair share of rags-to-riches stories since the country's reform and opening-up. 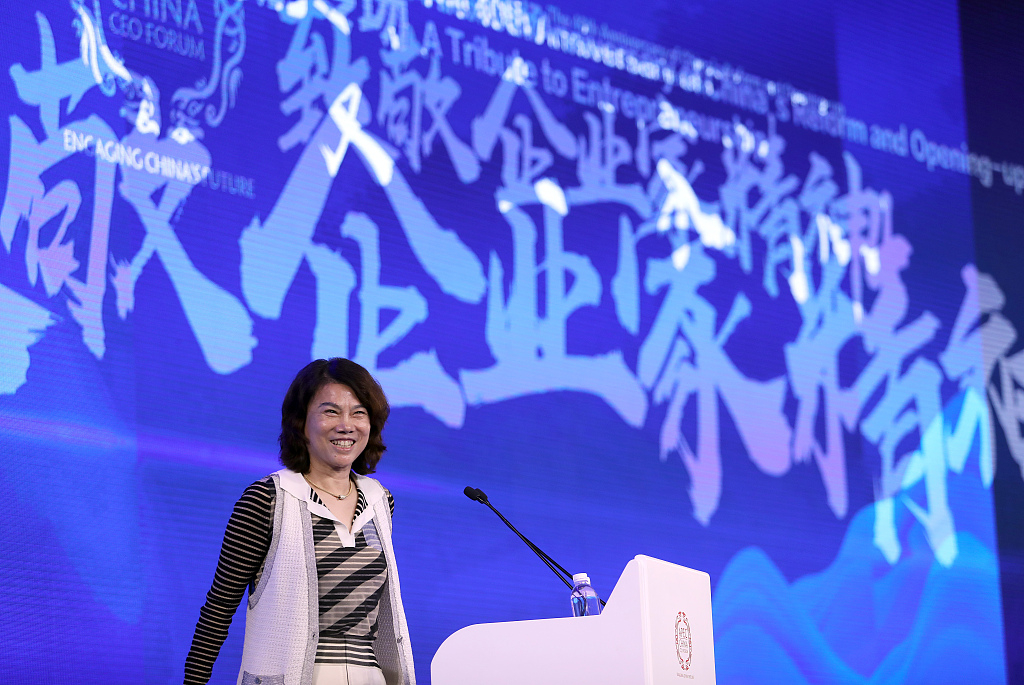 Dong Mingzhu, one of the most successful businesswomen in China, speaks during the 2018 APEC Conference, July 7, 2018. (Photo: VCG)

An array of structural reasons explains the elevation of female status in Chinese society, starting with the legal protection of female employees in the workforce.

In 1998, China issued the Regulations on Labor Protection for Female Workers and Employees, which for the first time enshrined the right to maternity leave for female workers in China.

In 2005, China passed the Law on Protection of Women's Rights and Interests which stipulates that women have equal rights with men "in all aspects of political, economic, cultural, social and family life." 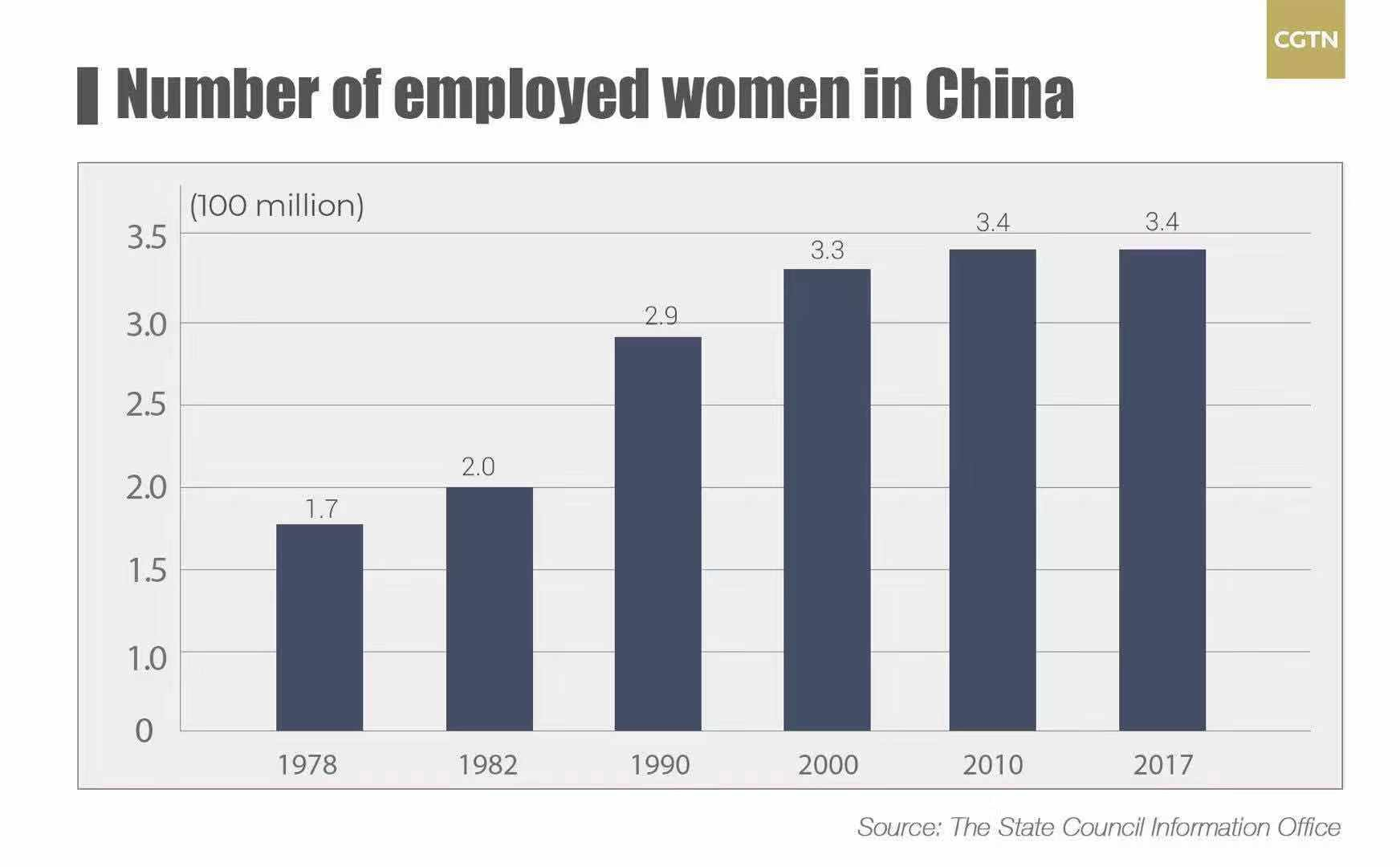 Though outright discrimination against women is rare, implicit bias that deny women equal opportunities still exists. For example, it's not uncommon to see companies list "male-only" in their job advertisements. The latest breakthrough came when China issued a notice earlier this year banning employers from inquiring about female applicants' marital and childbearing status.

Apart from institutional support, what also drives the improvement in women's situation is an emphasis on education.

Before the country was founded, 90 percent of Chinese females over the age of 15 were illiterate. Due to the traditional gender preference for males in rural areas, the limited amount of family income was mostly reserved for a boy's education.

A 1998 Higher Education Law expanded university enrollment and offered more generous loans and scholarships for poorer students, enabling women to go to colleges without being putting a financial strain on their families. 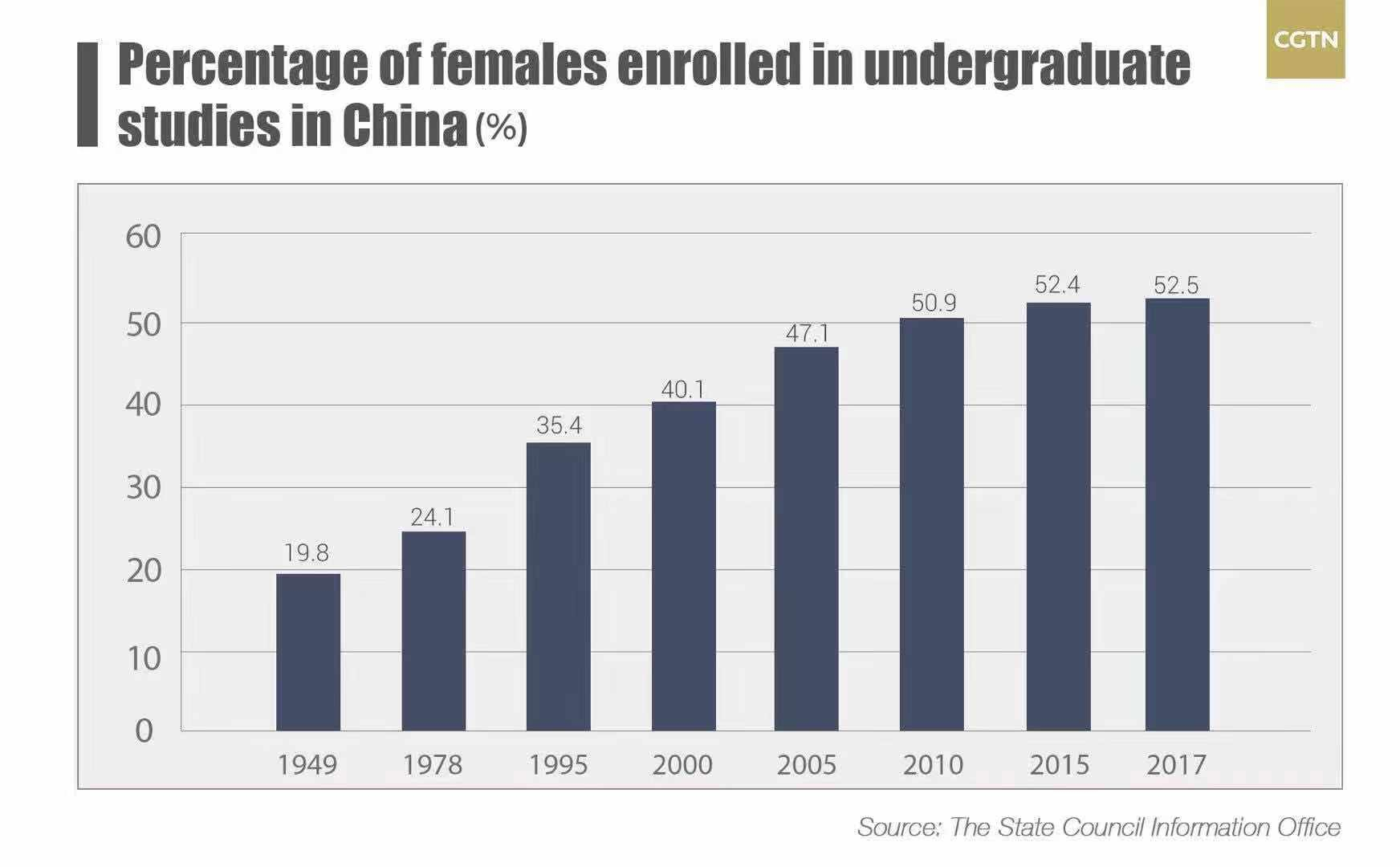 Women enrolled in undergraduate studies in China are on a steady rise. (Photo: CGTN)

Women are graduating from universities in greater numbers than ever before. Official figures in 2017 show that female students enrolled in undergraduate studies outnumbered male students for nine consecutive years. More girls are also embarking on careers in sciences, technology, engineering and math.

Today, Chinese women are a formidable presence in almost all walks of life. Their success stories show that with legislative efforts and women's determination to succeed, the glass ceiling hanging overhead can be shattered.